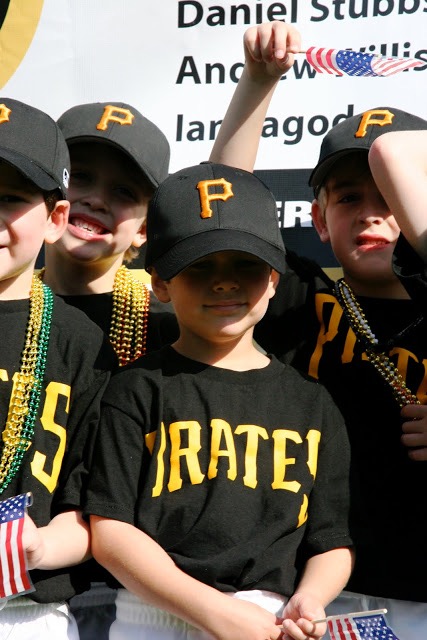 Man, I love baseball season.  I love the green smell of cut grass and the earthy leather of the dusty gloves.  I love the look of a freshly chalked field, outfield still glittering with dew.  And I think my son looks so darn adorable in his baseball uniform.

I played softball from the age of 6 on, so my love of the game makes sense.  I remember being taught how to score a game by my Uncle David (who, along with my Uncle Sid, used to torture me into playing APBA baseball when I was way too little to have any idea what was going on).  It excites me to no end to watch Jack play ball.  He is intense–way too intense for a Little Leaguer–but he loves it.  And I love that he loves it. 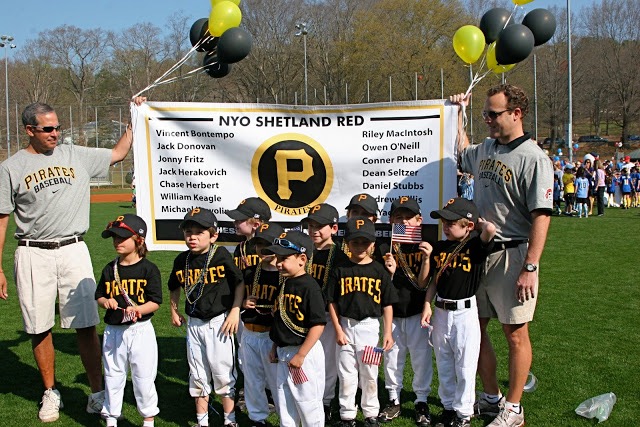 Jack’s love of baseball follows him off the field, as well.  (He fell asleep last night with his head on the book The 25 Greatest Baseball Players of All Time.)  This past week, his school had a “Dress Like Your Favorite Book Character Day”…so who does Jack choose?

Dodgers great, Fernando Valenzuela, of course.  Jack’s current favorite book is called Good Sports and features the stories of 4 baseball heroes who were minorities.  One was the great Fernando.  Note that Jack has his glove on his right hand–that’s because Valenzuela was a lefty.  And yes, the homemade Dodgers jersey is a little weak, but try finding L.A. items in baseball-crazy Atlanta.  It’s impossible, particularly on a short deadline.  But Jackers was thrilled with his “costume” and fielded many questions all day about who he was, questions I’m sure he answered with more factual background than the asker ever required (Fernando-Mania, indeed!).  His individualism and self-confidence have really blossomed this year; we are so pleased to see him come out of his shell.

On an unrelated note, Jack and Tuck are now self-proclaimed Bug Wranglers.  Here they are with their Bug Wrangler flag which they planted smack in the middle of our front yard, serving as a beacon of warning to all insects in the north Atlanta area.

Tuck has a Bug Wrangler Bug Vacuum (yes, seriously) and it came with a Bug Wrangler patch (for my future sewing projects since the Fernando jersey was so promising) and a Bug Wrangler Field Guide.  The boys spent all afternoon on Saturday and most of Sunday collecting bugs.

To be fair, this isn’t our first venture into critter-catching (ring-necked hatchling, anyone?), but the intensity with which these boys are going after bugs should make any pest-control employee quiver in fright.

And then there’s this little bucket of joy…everything he does, he does with enthusiasm.  Here he takes a break from Bug Wrangling to make a “big jump!”

I’ve been itching to write for awhile now, but didn’t know how to handle a half-post I’d drafted the night before my most recent birthday.  It was a big one–birthday that is, not post–and, in typical fashion, I’d been obsessing over its impending arrival since New Year’s Day.  So the night before I turned 40, I sat down and started typing.  About halfway through, I bailed and went to bed, intending to wrap up the post the following night (yes, on my actual birthday.  Russ was out of town, so the boys and I were going to dinner and then I hoped to have a few moments of peace after putting them to bed.).

Those quiet moments to write never materialized and then the post seemed to lose its oomph…well, if not its “oomph,” then at least its sense of urgency.  Here’s what I had written:

So we all know I am Madame Sentimentality, right?  I’m one of the few who tears up at “Auld Lang Syne” (every…single…year…), and I’m the one who cannot throw out one single piece of artwork done by my sons, regardless of how debatable the term “artwork” may be.  I love the theorem–almost to a fault– that we learn the most from our past.  That mirror of memories in Harry Potter?  I’d pay good money to get my hands on it.
So February 23rd is always a kicker of a day.  And this February 23rd is particularly loaded…
Forty years ago today, I was born.  That’s a long time ago, isn’t it?  We’re talking the dark ages (no laptops!  no tivo!).  I vividly remember my own dad turning 40–and the obnoxious banner I spray painted and hung on our house declaring it (I guess that’s one good thing about having children later in life…the public embarrassment factor (for them or me) has yet to ramp up).  It seems like yesterday I was turning 10 (on which day I came down with the flu, which sadly caused my super cool and highly anticipated (by me, at least) roller skating party (co-ed!) to be postponed several times over) or turning 16 (and could not wait to cruise The Strip in Vidalia with my best friends and blare “Don’t Look Back” by Boston (how’s that for a memory) out of the removed T-tops (even though it was still February) on my brand-new-yet-used Z-28 (not just a Camaro, thank you very much)).  (And I think it was about this time in my life when I realized the editorial beauty of the parenthesis.)
Turning forty is a milestone for anyone, but for me, it’s more like a gigantic barrier in the road.  Most view birthdays as speedbumps; I view them as mile markers.  I know I spent the last year of my twenties fretting and pontificating on the impending commencement of the fourth decade of my life, so much so that once I actually turned thirty, I heaved a much needed sigh of relief and got back to my regularly scheduled life.  No more pesky thoughts of “well, this is the last night ever of ___ in my twenties” would weigh me down again…for another nine years, at least.
Turning forty has thankfully been filled with more distractions than I had at my last junction with a decade.  Trying to find the time to wedge in a de-graying at the hair salon (yes, even though an hoary head is a gift from God, this is one gift I’d like to wait a few years to share with everyone else) is much less thorny than, say, your average Contracts class (though, admittedly, nearly as dull).  Rather than having to feed and water two wild cocker spaniels, I now get to feed, water–and rear– three little boys.  In short, I suppose turning forty is much better than not turning forty.
That’s my take and I’m sticking with it.
The second half of the post was going to delve into the facts that a year ago on my birthday, we lost Mama B, and that ten years ago on my birthday, I met Russ.  So February 23rd is filled with some serious highs and lows, right?  Nothing to argue with there.

But something funny happened.  I turned 40, made it past that first anniversary of losing Mama B. and completed the first decade with my love.  Springtime weather showed up a bit early, baseball season kicked off for J, a Spring Break trip with all three boys awaited.  And the worry over turning 40 dissipated, as did a bit of the nagging sadness of missing someone.  In the end, it was a perfectly normal, perfectly calm, perfectly February kind of day. 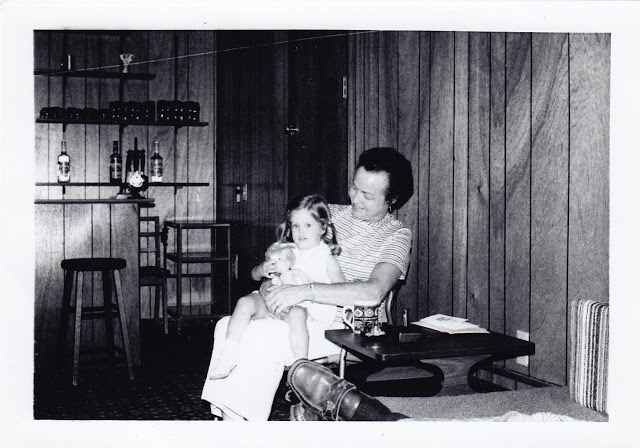