Forgive the blog-neglection of late. I’ve been in a bit of an end-of-summer rut, which isn’t necessarily a good thing. It had begun to feel like I was living in the movie Groundhog Day. The end of July and the beginning of August blurred together. Not fun.

Ever since he learned to ride a two-wheeled bike, Theo has been asking for a red bicycle. It’s such a perfect gift for our little man, but do you have any idea how tough it is to track down a red bicycle that’s his size? 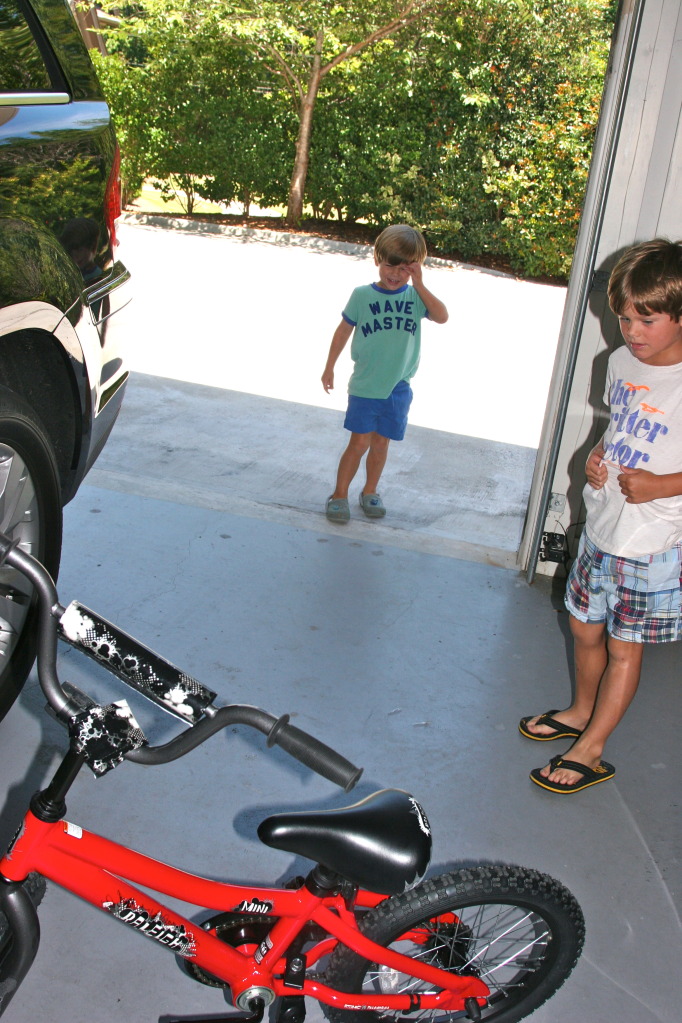 We found one close to his size. And he loves it. Check out that smile… 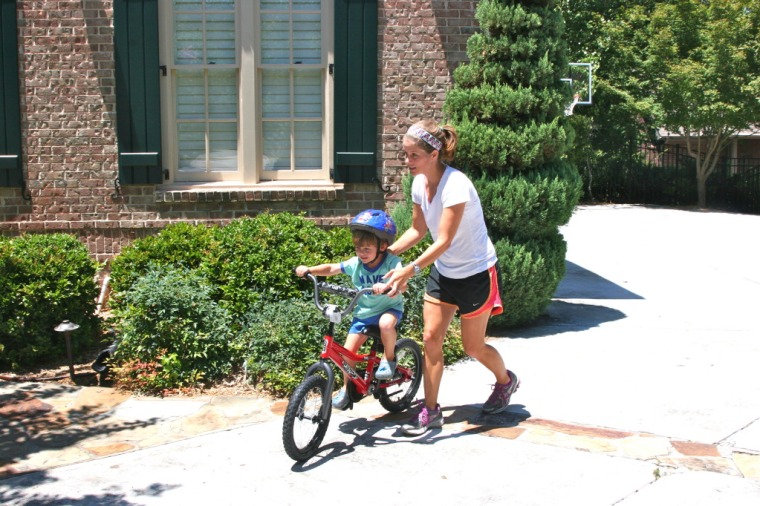 He’s still too little to get on and off the bike by himself, but otherwise, it gets an A+.

School started back on August 17th and Tucker decided to mark the day by losing his very first tooth. 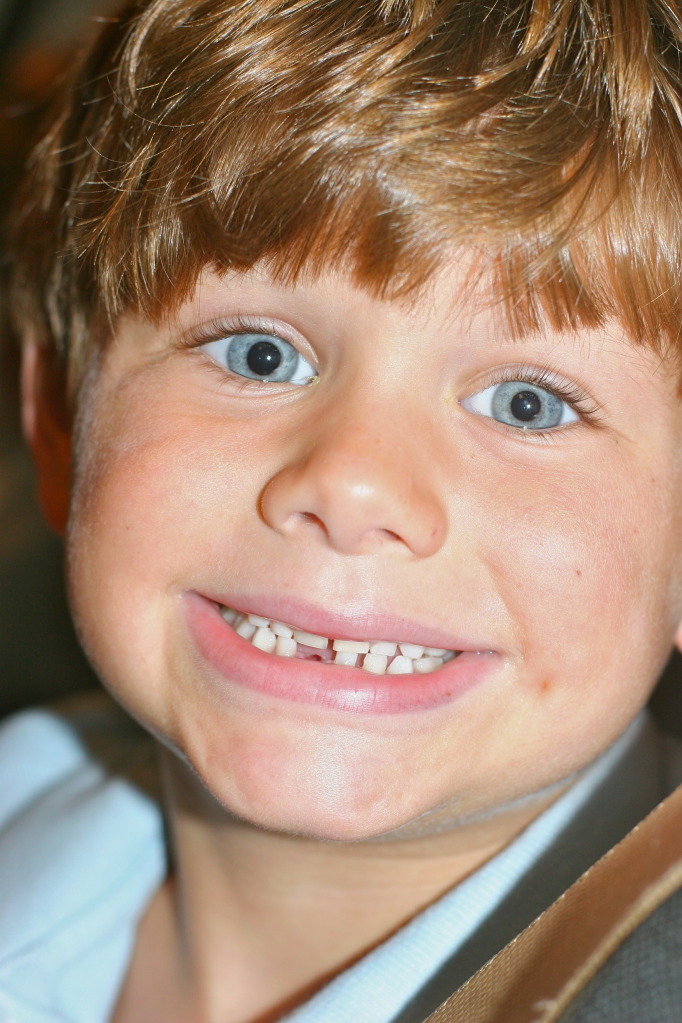 Tucker is following in his big brother’s footsteps when it comes to losing teeth. This tooth was hanging on for dear life for a good week and finally dropped out his mouth without him even realizing it. We spent 10 minutes trying to find it (it was on the floor in his room) and were late leaving the house, so I win the bad-mom award for Worst First-Day-of-School pictures ever. 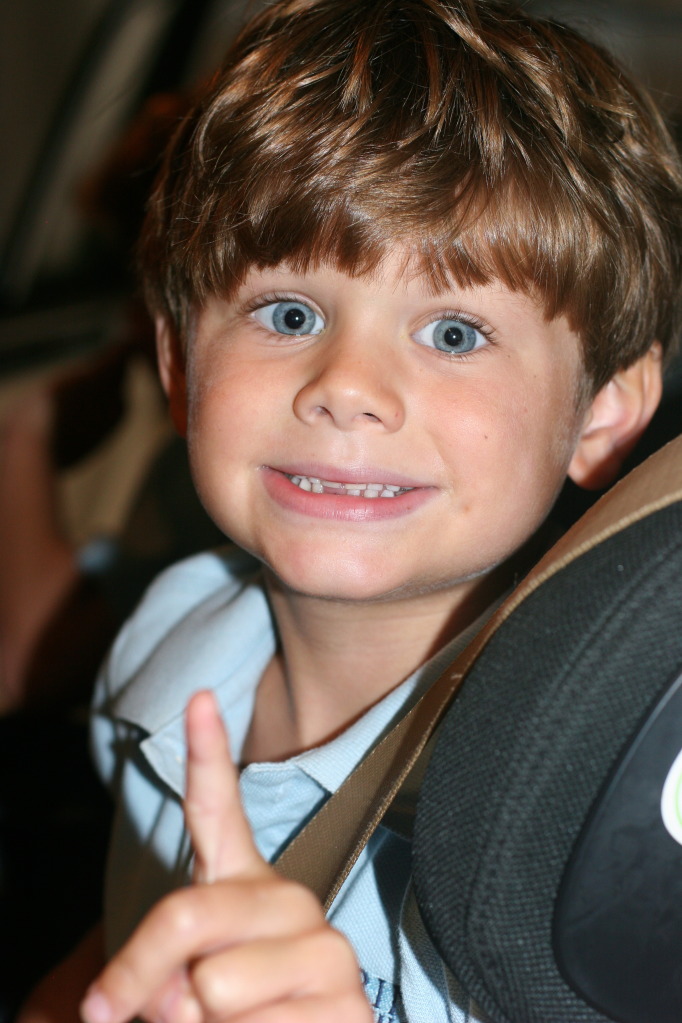 Theo is officially at Trinity with his brothers!! 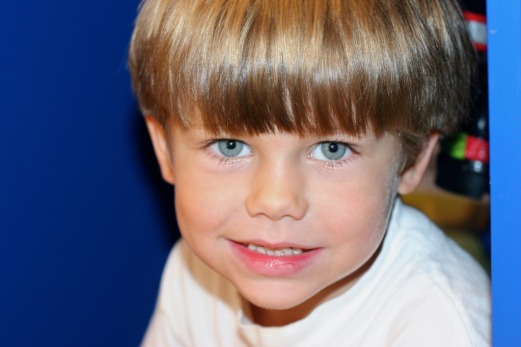 We rounded out our first week back with a little kitchen yoga (before we had fireworks in the cul-de-sac). Makes for an interesting Friday night, to say the least.

But Tucker takes the cake. This is all he has been doing lately. His teacher even said she’s seen him doing headstands on the playground.

Finally, we are aiming to be here by sundown tomorrow.

We are looking forward to celebrating the ending of another summer. Fall baseball is back in full swing, and football season starts tonight (which makes Russ super-happy) so you know what that means…Halloween is just around the corner.

Our goal is no Halloween stuff out of the basement before September 15th. Let’s see if Tucker can handle it.

I’m not quite sure why the crafty get such a bad rap. Frankly, I am pretty amazed at the creativity some people can spew at the drop of a hat. Of course, if I’m going to be dead honest, I’m probably about 2 Hobby Lobby trips away from being lumped into the category of crafters. While I draw the line at Devil’s Dandruff (glitter) and scrapbooking materials, we do have a stash of crafty things like glow-sticks and cardstock and science experiment books.  Crafty, creative. To-may-to, to-mah-to. 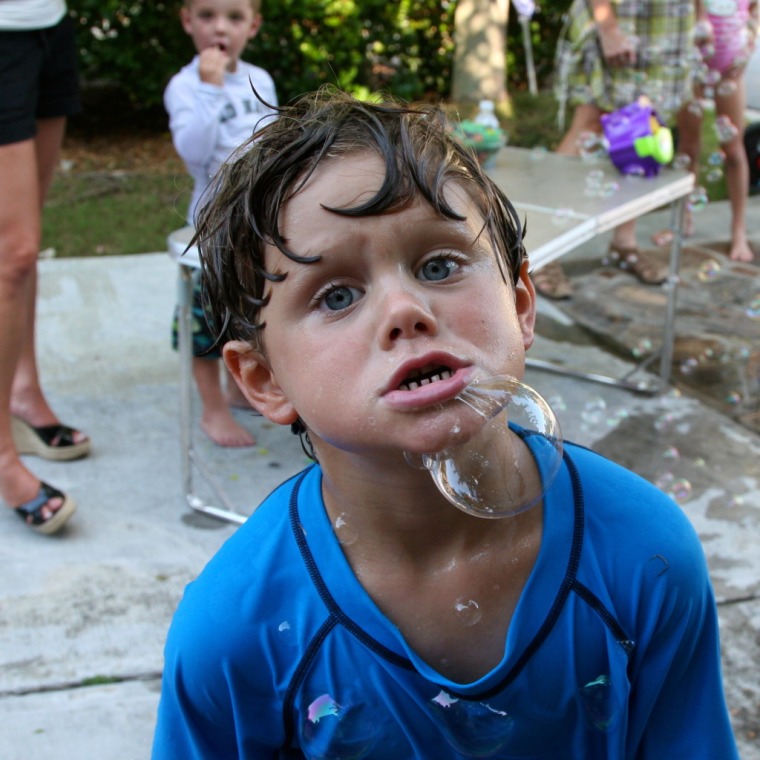 this child is thrilled with our crafty stash of science experiment supplies…Elmer’s glue, Borax, Ivory soap–the stuff of mini-labs everywhere.

Regardless of what you want to call it, this character trait of mine comes busting out for my sons’ birthday parties. My husband mocks me relentlessly. (It’s ok, Honey; I deserve it.) Our youngest son just turned 4, and he requested a party with water slides, fireworks and snowcones (the son, that is, not the husband).

Since we aren’t operating on a budget like Mariah Carey has for her children’s birthday parties, that was out of the question. But with a little creativity (and, ok, I’ll just say it:  “craftiness”), a Splashing/Sparkling/Snowcone party is a breeze to pull off in late July. 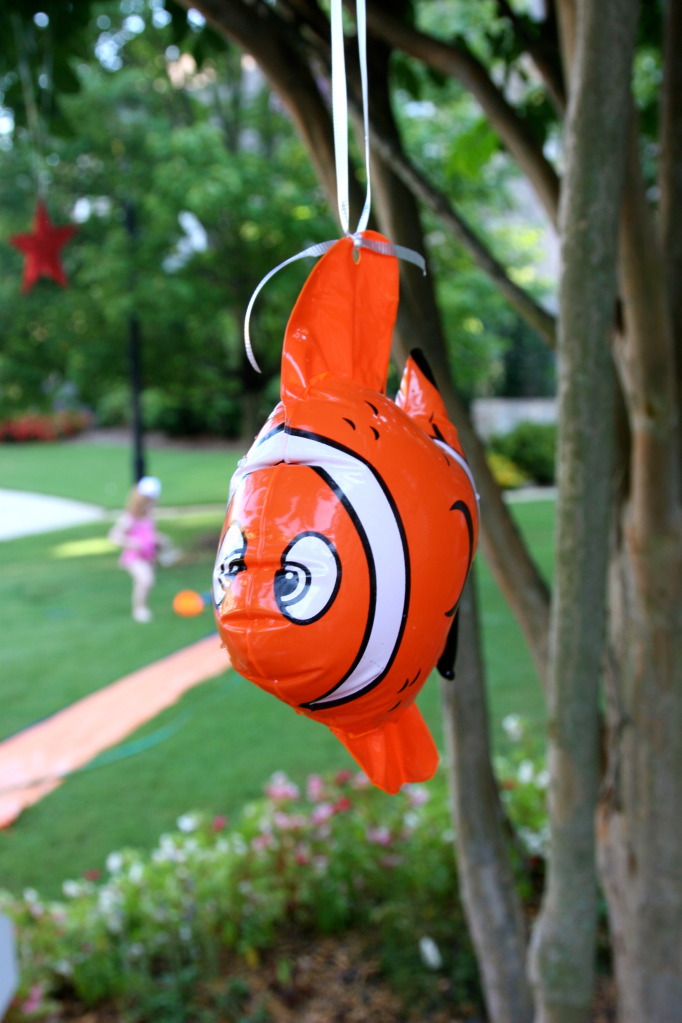 an example of our fine and festive decorations…small inflatable fish and red, white, and blue stars hanging from the trees in our front yard…take that, Mariah.

I ordered the invitations from Tiny Prints, and after googling “tiny prints coupon,” was able to track down a way to get 20% off and free shipping. Does searching for deals count as crafty?

The party was for a pot-full of 4-year olds, so we kept it short–an hour and a half (though they ended up staying longer). I am also a firm believer in not opening gifts at the party; we’re already asking a lot from the 4-year olds; having to sit still and watch someone else open a bunch of gifts must as torturous for little kids as it is for grown-ups (Remember opening gifts in front of everyone at your baby shower? Enough said.). 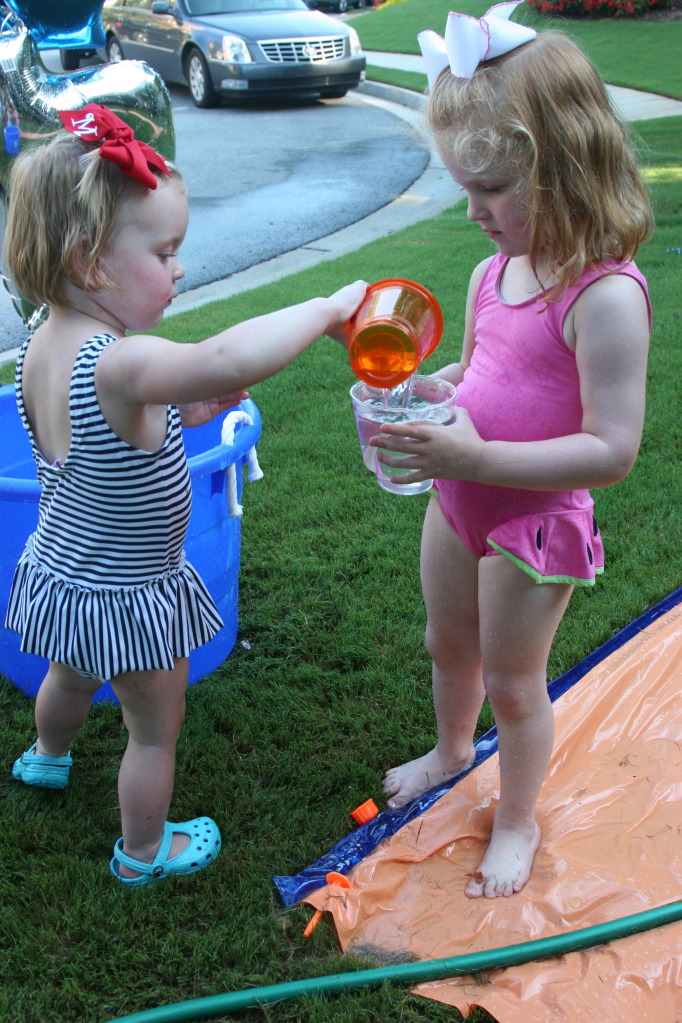 We don’t wanna watch anyone open a present; we’d rather pour water. Any day.

Theo’s favorite color is red, so I aimed for making everything red and blue (as “firework-y” as possible). Plus, it was past the 4th of July. Do you know what all you can get that’s red and blue for next to nothing on the 5th of July? The decorations were ours for the picking. After again searching the internet for coupons, we hit up the Crafter’s Mecca:  Hobby Lobby and Michael’s. Most everything was 60-75% off and with our added coupons, they were giving the stuff away.

And since many stores seem to think it’s time to put out the Halloween decor already, summertime items like slip-n-slides, water slinging caterpillars, small floats, sand buckets, and water toys are a steal. Again, a quick internet search will land you a Toys-R-Us coupon, knocking down the price on that $5.99 slip-n-slide even more.

Next, we planned the menu. I wasn’t serving a meal (trust me; we’ve gone the meal route before, and everyone else’s kids are just as picky as mine. It’s tough to know how much food to cook or order, so you’ll likely wind up eating the leftovers for a few days. Ugh.) We had strawberries (Theo’s favorite fruit), watermelon (scooped into melon balls), pretzels, and popcorn.

The boys gave my husband a snowcone machine for Father’s Day, a gift that has been worth every penny. We broke that puppy out for the party, giving the littles 2 choices of flavors: Lemon-Lime or Raspberry (these are the same bottles of syrup we’ve had since Father’s Day, by the way; a little goes a long, long way, and they are HFCS and dye-free.)
I made cupcakes, too, because singing “Happy Birthday” is a requirement for me. It’s pretty much a given that I’ll start to cry at this point in the party. Every. Single. Year. 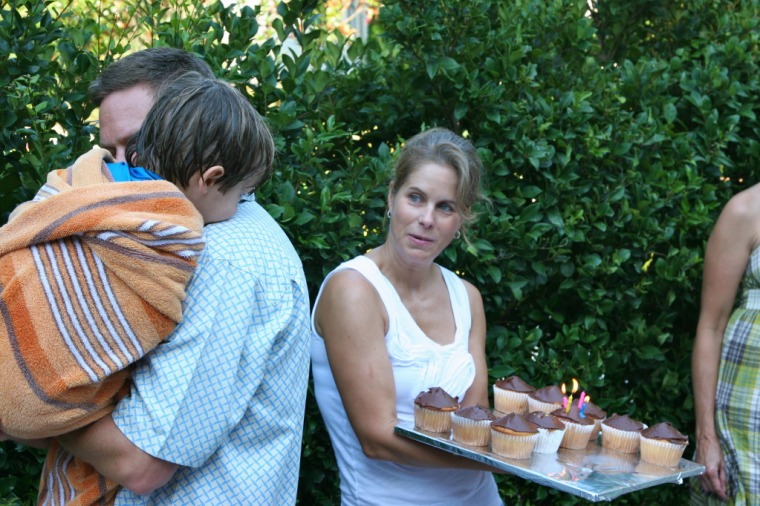 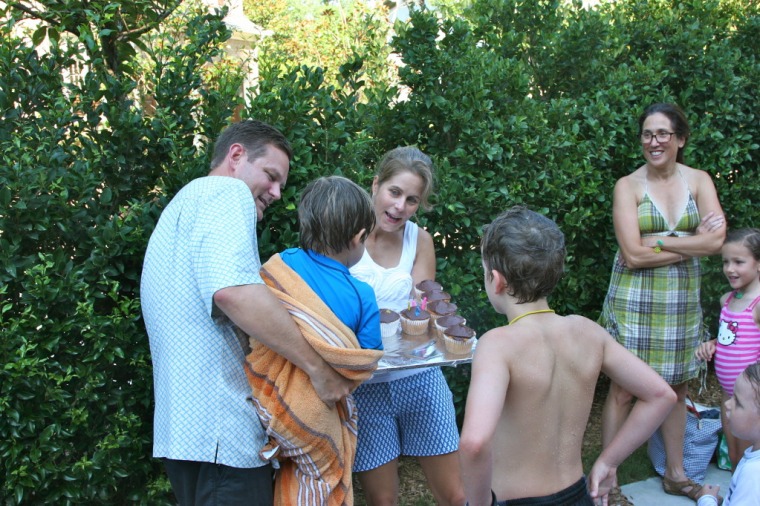 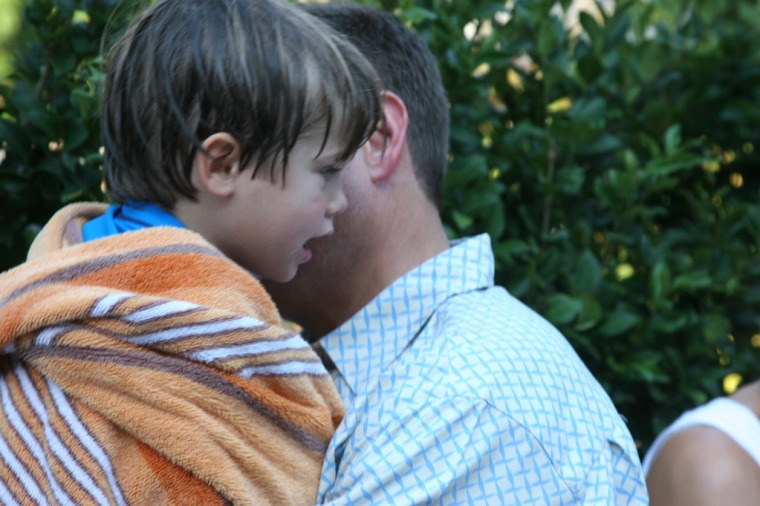 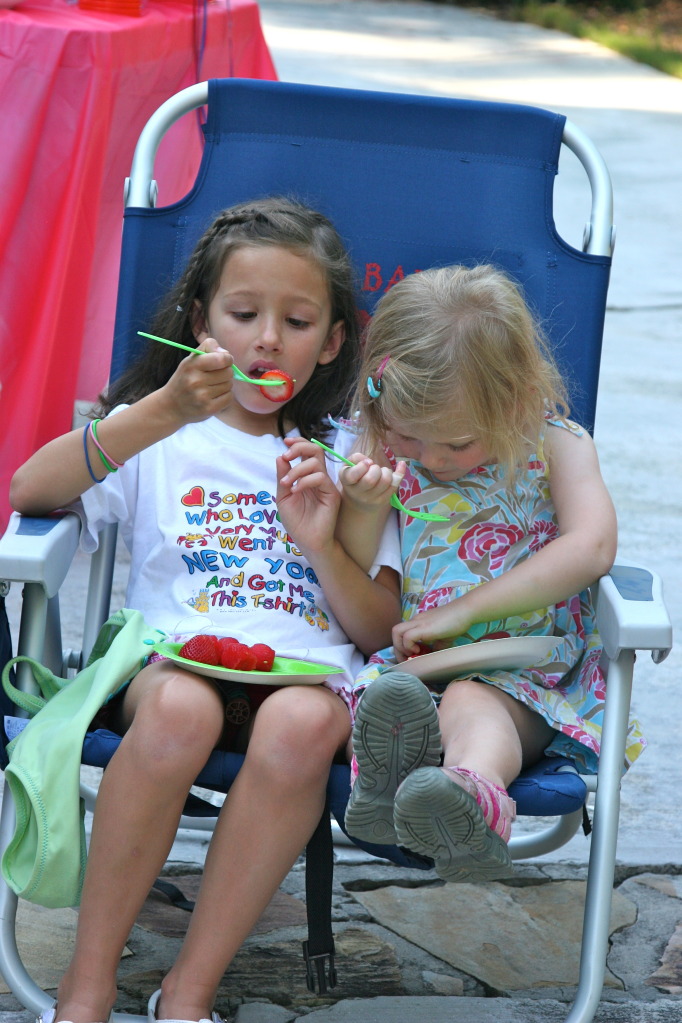 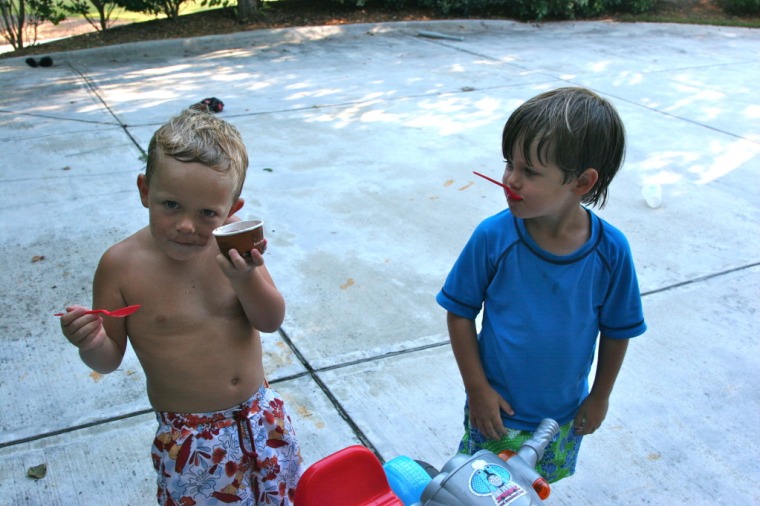 A few hours before the party started, I put out the slip-n-slide and set up a bubble machine. The boys had helped me make a banner out of cardstock and plastic thread. We printed “THEO IS 4!” in 650 font (yes, really; one letter to a page) and then cut those out, glue gunned them to alternating blue and red pieces of cardstock, punched holes in the tops, and threaded it all together with the plastic thread. It’s still hanging from a tree in our front yard. (In hindsight, that does make me sound awfully crafty–owning a glue gun and a hole-puncher and a pile of cardstock…)

Goody-bags are the blight of birthday parties these days, to me at least. This is where I admittedly go all out and put some thought into creating them (since my suggestion of punting them results in eyes being rolled at me each time). For the Splashing Party, each guest took home a sand bucket with the following things in it: a hand-made bubble wand tied to a recipe card for the Greatest Bubbles Ever, a small bottle of bubble solution, a few glow-sticks and a cd full of summery, firework-y songs (for the listener’s personal enjoyment only, you know; that’s my legal disclaimer.). 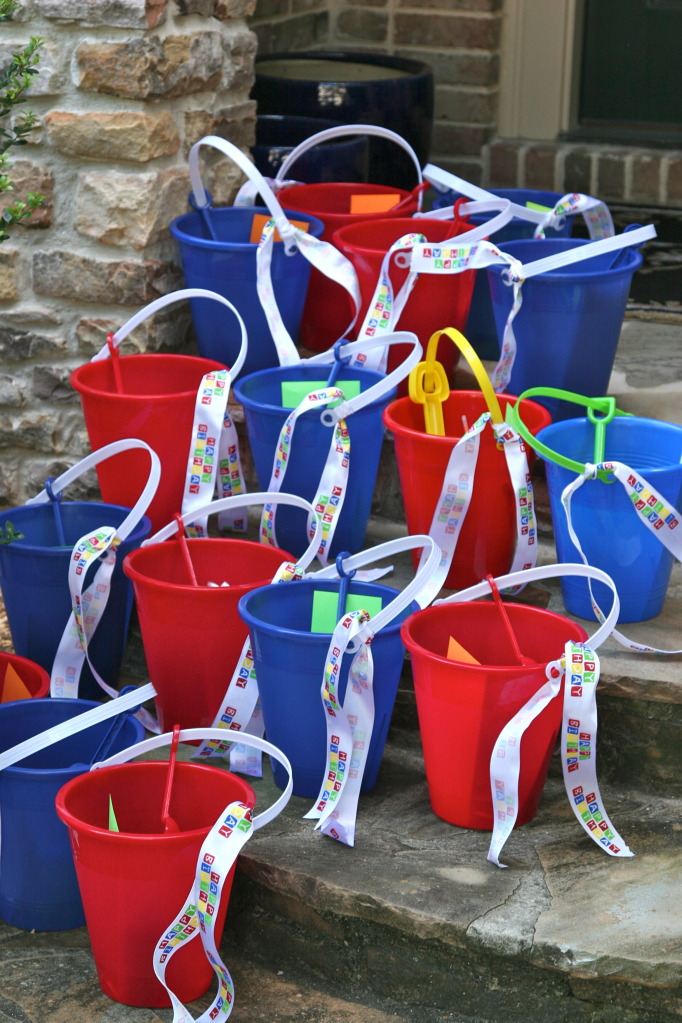 For the record, there is a learning curve to making these bubble wands. You need beads with holes big enough to thread both sides of the 18 gauge wire through (which I didn’t have), and you need a steady hand to make a perfectly circular bubble-making part. They were worth the effort, nonetheless.

“It’s Your Birthday” (Justin Roberts)
“The Greatest Day on Earth Day” (Roger Day)
“Oh, How Happy” (Shades of Blue–I’ve sung this song to Theo since the day we brought him home)
“Firework” (Katy Perry–Theo’s request)
“Party Rock Anthem” (LMFAO)
“Holiday Road” (Lindsey Buckingham)
“Hot Fun in the Summertime” (Sly & The Family Stone)
“In the Summertime” (Mungo Jerry)
“A Summer Song” (Chad & Jeremy)
“Saturday in the Park” (Chicago)
“Boys of Summer” (Don Henley)
“Vacation” (The Go-Go’s)
“Island in the Sun” (Emma Roberts)
“Theodore, You’re Special” (off a personalized cd given to Theo when he was born)
“Blue’s Clues Theme Song”
“Elmo’s Song”
“Play Blue’s Clues” (from a Blues Clues cd)
“Chugga Chugga Choo Choo” (Choo Choo Soul)
“The Duck Song” (Bryant Oden–Listener beware; song will stick in your head, and you’ll still be singing it next week)
“Bad Blue Jay” (Caspar Babypants)
“Snuggle Puppy” (Eric Stoltz–yes, of Mask fame, here putting a Sandra Boynton book to a tune)
“Life’s a Happy Song” (from The Muppets)
“Red Balloon” (Frances England–this may be the sweetest song about a child growing up that you’ll ever hear)
“You & Me” (Frances England)
“I Sing You a Song” (Curtis King).
Our little party goers spent the first 30 minutes on the slip-n-slide. Then we took a quick snowcone break while my husband changed out the slip-n-slide for the even more fantastic “Splash Balls Sprinkler”. Seriously, I had no idea 4-year olds could be this in to such a ridiculous looking gizmo. We also had a few giant buckets filled with water and a few water squirters and, believe it or not, plastic measuring cups with which the kids had a blast.

Jack and Tucker were both in this bucket at the same time. They’ve spent the entire summer stuck to each other like this… 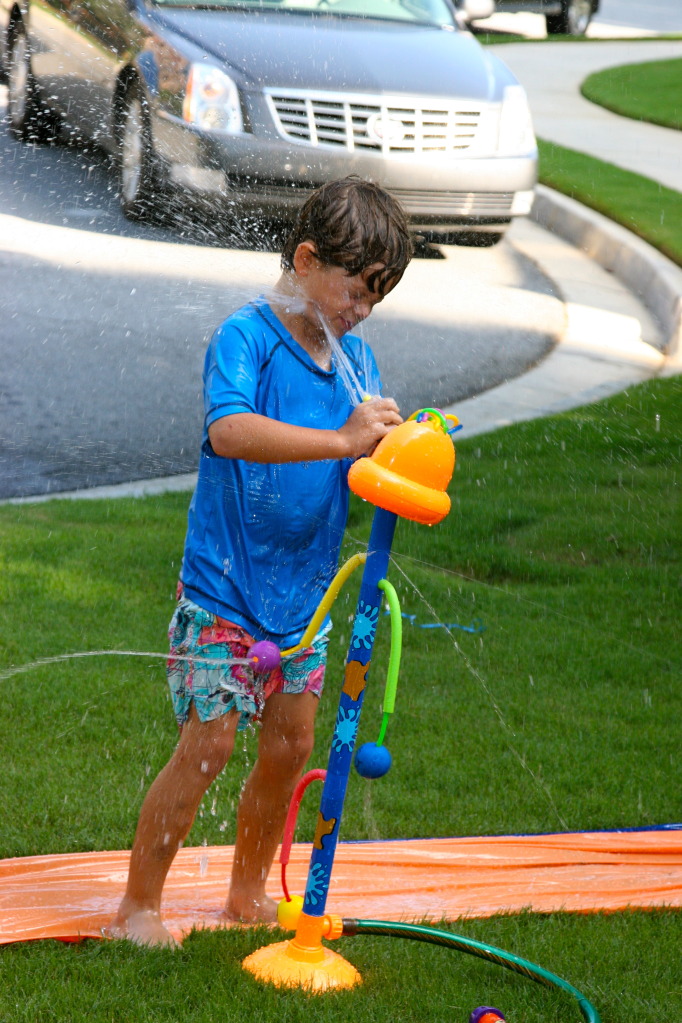 Tucker with the Splash-Balls Sprinkler…

Theo wanted to have a macaroni-necklace-making-table again; thankfully, the dog hasn’t eaten Theo’s creation this year (yet).

We took another break for singing “Happy Birthday” and then the pièce de résistance: fireworks.

I used up a few leftover Roman Candles and spinner/screamer thingies (technical description, no?) leftover from the 4th of July. But you’d have thought we were on National Mall with the oohs and ahhs and giggles that came from the littles. And the Birthday Boy was right there in the middle of it all, with a smile from here to Texas plastered across his face. 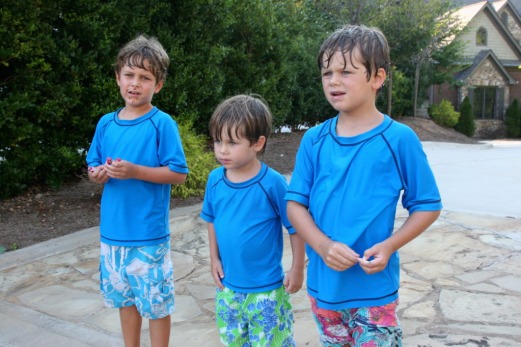 So, truth be known, I guess I might be just a tad bit crafty; please don’t hold it against me or I’ll have to come beat you down with my stack of cardstock and my iTunes account. I’m giving myself a break and acknowledging my inner control-freak–at least when it comes to hosting birthday parties. At the end of the day, it’s all worth it.

Jack, already thinking about his next birthday party…

You only turn 4 once, you know…

We went from this… 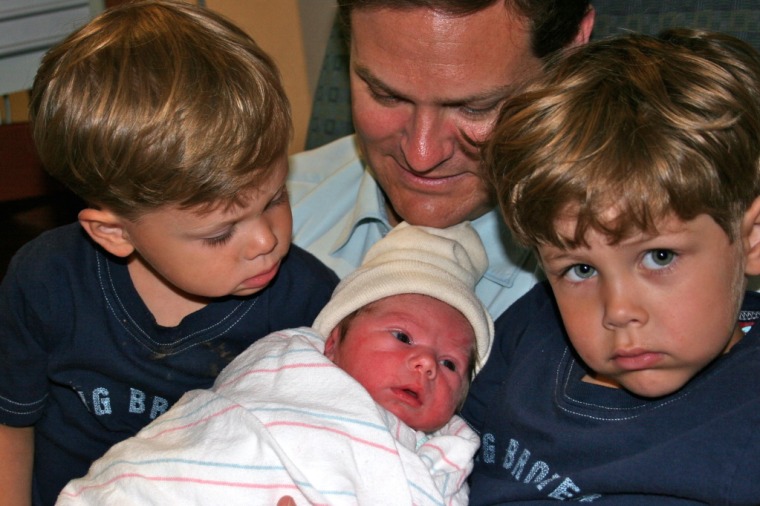 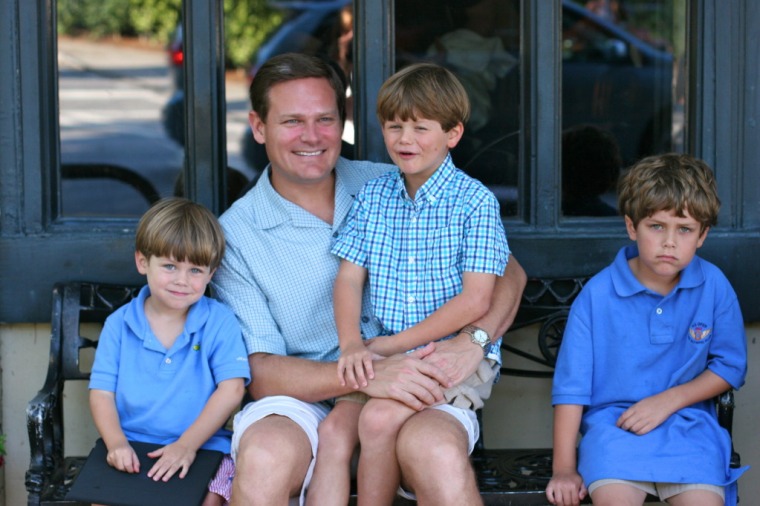 in nothing flat. My stars.