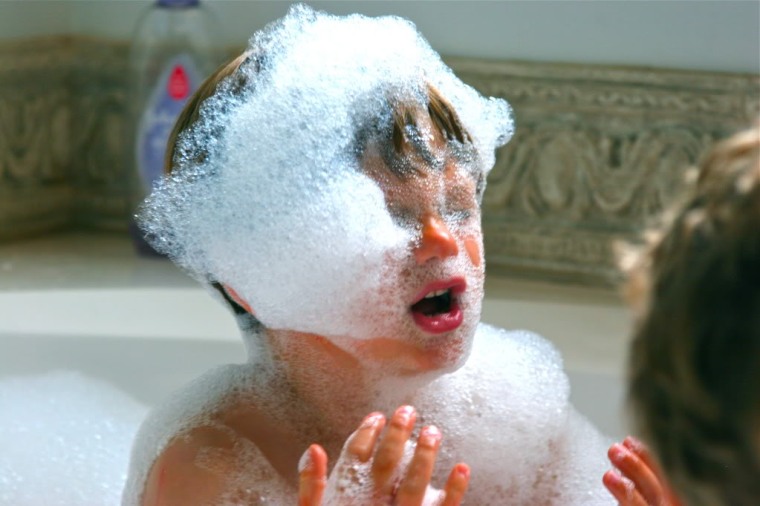 Summer is here and the timer is on–the timer until school starts back in August…or at least that’s how it’s felt to me for the past 3 years.  This year, however, I am striving to make it otherwise.

It’s a much needed attitude adjustment for me, and I think, so far, that J, T and Theo are all quite pleased (and, more excitedly, surprised) by it.

Don’t The Unexpecteds always throw you for a loop?  I never expected the painters to still be here 14 days later (I know:  we are fortunate to have them fixing things up, but man, alive, could I use some personal space!).  I didn’t anticipate the engine light to go off on the car this morning.  I didn’t think it would really be this doggone hot already in June.

Most Unexpecteds are bad.  They stumble into your day and irritate you and annoy you and suck the wind out of your sails.  No matter how optimistic you may be, toss a handful of unexpecteds into your day and even you, Polly-Anna, have to admit to getting a little squirrelly.  In a nutshell, they are bummers.

I worry that my boys always view me as the “fun-killer”.  I fuss at them for leaving their cereal bowls on the counter; I harp on them about running in the house; I gruff and roll my eyes when they start wrestling once again.  I get frustrated and then they get frustrated and it’s an ugly cycle that drains the life force out of me by mid-July at the latest.

So this year, I’ve turned a corner (yes, Pops, it’s only week 2 of summer break, but cut me some slack; I’m making some serious effort here…).  This summer is the Summer of the Unexpecteds.  Every day, my boys will experience an Unexpected–of the good variety.

Yep.  Every.  Single.  Day.  Think of it as a longer version of a Lenten obligation (with double-accountability because I’ve floated this out there in public by posting it on this blog).  I’ve made it clear to the boys that The Unexpecteds, in no way, shape or form, will constitute a new concrete item each day.  There is no “Gift Fairy”.  This is not a Target shopping spree, after all.

This whole idea began a mere three days ago (yes, again, Popster, I beg you to hold your tongue…) when I started fussing at the boys for taking the moments I was in the kitchen getting their dinner ready to unroll the hose, turn it on and go nuts spraying the driveway, their bikes, the painters’ ladders–you name it.  I came outside and snatched the hose away from them (let me add that Theo had stripped down to his underwear by this point) and not one of the three hesitated or look shocked that I would be frustrated at them for such an act.  The looks in their eyes said it all (they are supremely good boys, after all).

So I waited until they were all in a line, looking sheepishly down at their bare feet.

And then I soaked them.

The laughter alone was worth it, but we kept this up for another 15 minutes or so and got the flowers and lawn (as opposed to the various inanimate objects scattered about our driveway) watered in the meantime.  And sweet Tucker kept saying over and over, “Momma, this is SO much fun!”

That joyfulness alone was enough to spawn this idea.  Yesterday’s Unexpected was a pit-stop at the Savannah Sweets Candy Store at Phipps while dragging the boys through the mall for the seasonal shoe shopping [er, replacing].  It was utterly off-the-wall for us (while I’d never admit to being the fun-killer, I will undoubtedly confess to being the Candy-Killer), completely out of the ordinary and, well, yes:  Unexpected.

Tonight’s was the “biggest bubble bath of all in the big tub…with the jets!” (Tucker’s words).  Such simple craziness on a 7, 5 and almost-3 year old level (face-painting courtesy of VBS)…

May your own summer be filled with Unexpecteds of the catching a lightning bug, being caught in a sprinkler, seeing a rainbow, watching the tide come in, feeling a full moon on the beach variety!  Carpe Diem.