[A photo-heavy, pseudo-travel-guide in several parts, written mostly for family and fellow Anglophiles…in case you were wondering.]

We spent our last day in London not actually in London. Instead, we boated down the River Thames to Greenwich, which was an excellent decision–other than having to endure boat people.

(What’s a “boat person,” you ask? Boat people are the folks who sat basically on top of me even though we were the only 2 families on the top deck of the boat on the way down to Greenwich. This large woman felt the need to sit on the back of the bench we were on, leaning on me and pushing me forward with her big puffy coat. At first I thought it was a joke. Nope. Classic Euro-disregard for personal space. I promise you her family of 4 and my family of 5 were the only people on the deck. That’s 9 humans crammed into about a 4-foot square space.)

(Yes, I finally stood up and moved.)

Nonetheless, it was neat seeing places we’d walked past earlier in the week from a different vantage point. 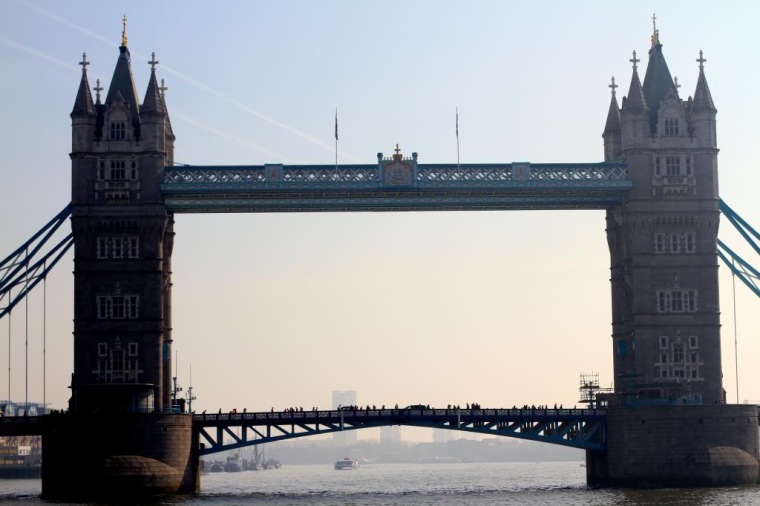 Greenwich was wonderful. It’s on the River, obviously, and many of its attractions were maritime themed.

First stop:  The Cutty Sark (any old students reading? “Weel done, Cutty Sark!”). This ship has been restored and was a no-brainer to visit, especially since we were on a mission to see every boat we possibly could.

View from a porthole in the Cutty Sark’s belly. Ugh. 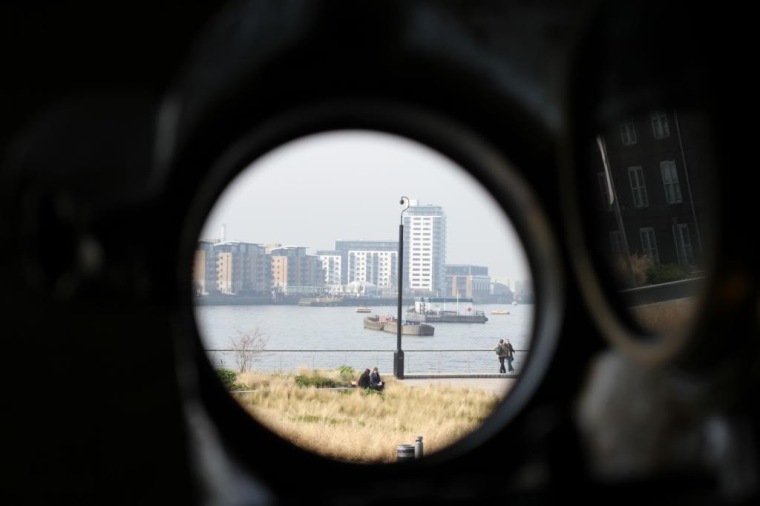 View from a porthole–looking back towards London.

The Cutty Sark had all kinds of cool interactive things. Jack and Tucker loved it. 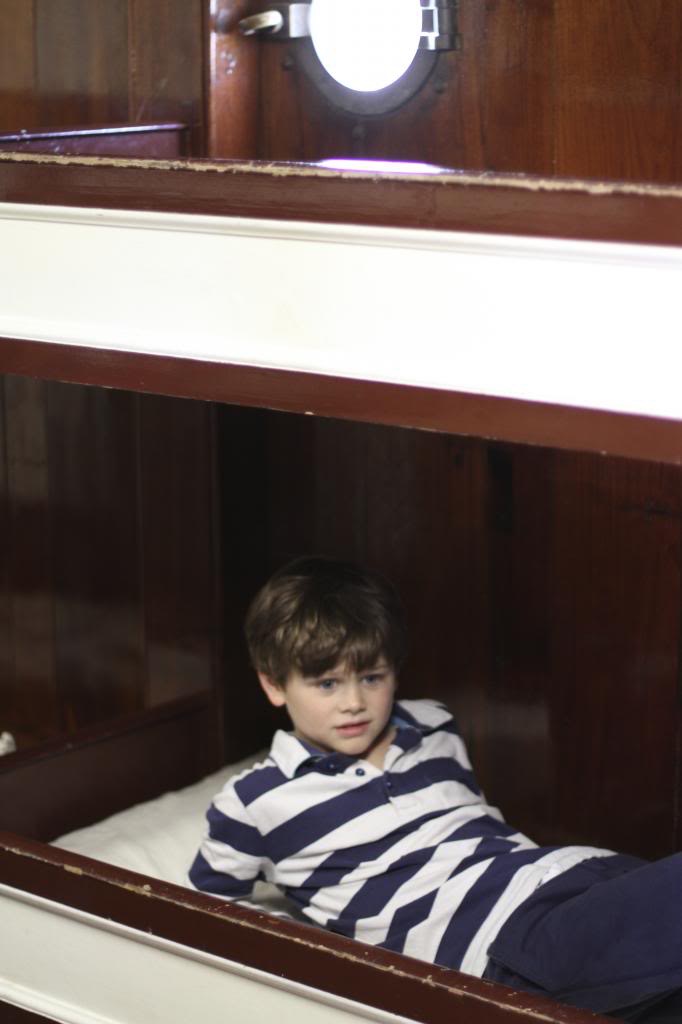 We had lunch at a nifty little Italian place on the water and then walked over to the National Maritime Museum.

You have no idea how much this thing weighed…

The National Maritime Museum had tons of hands-on exhibits, too.

This might be the best photo of the trip. Jack, Theo and I were reading about polar exhibitions when I looked up and realized Tucker wasn’t with us. He was across the museum by himself doing this: 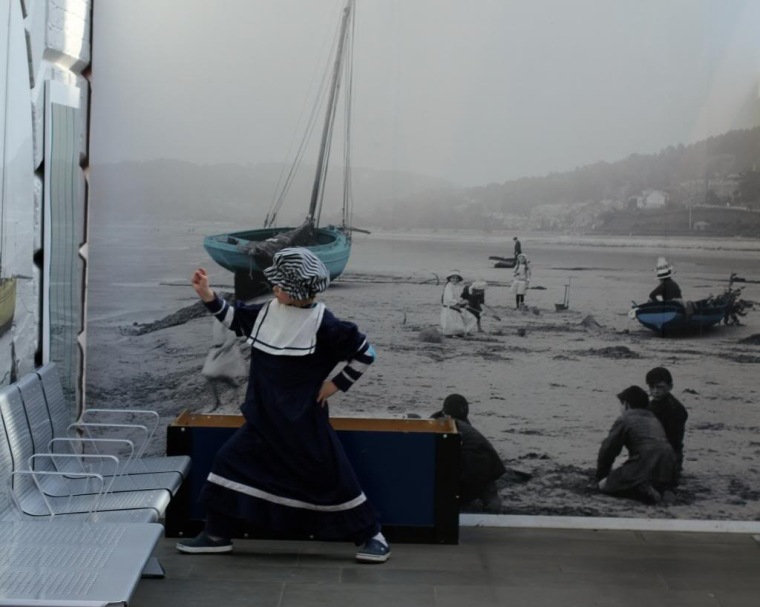 …fully dressed in costume (a ladies’ costume, at that) and pretending to joust (inspired by the knight’s helmet he wore earlier). Hilarious.

We passed through the Maritime Museum and headed up to the Royal Observatory.

Wow. Just wow. The park leading up to the observatory was unbelievable.

You know that point in your trip where you get nostalgic even though you are still on vacation? That hit us here. The weather was incredible; the scenery was spectacular; it was just perfect. 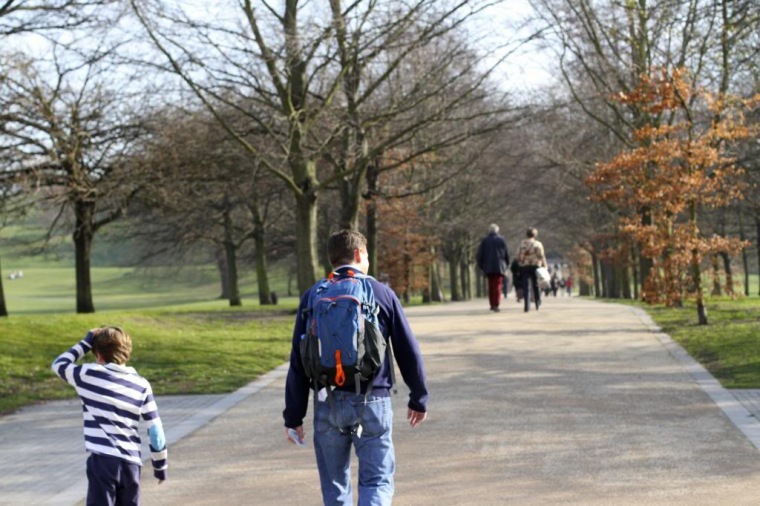 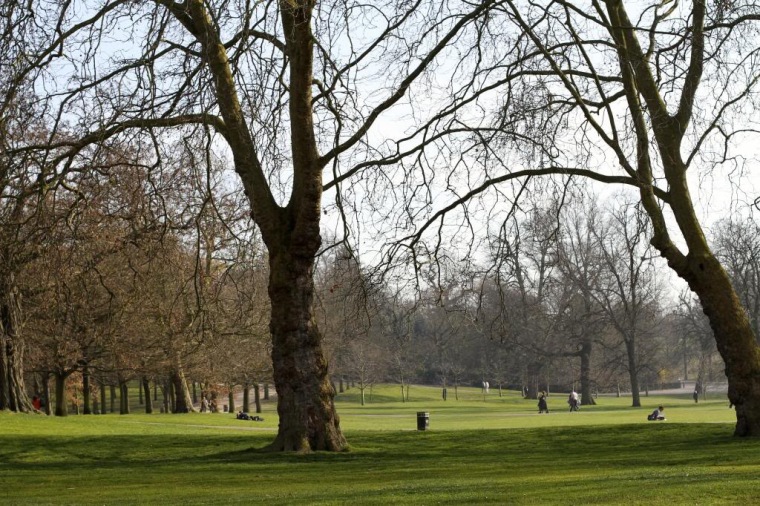 The nerd in me was so excited about this: 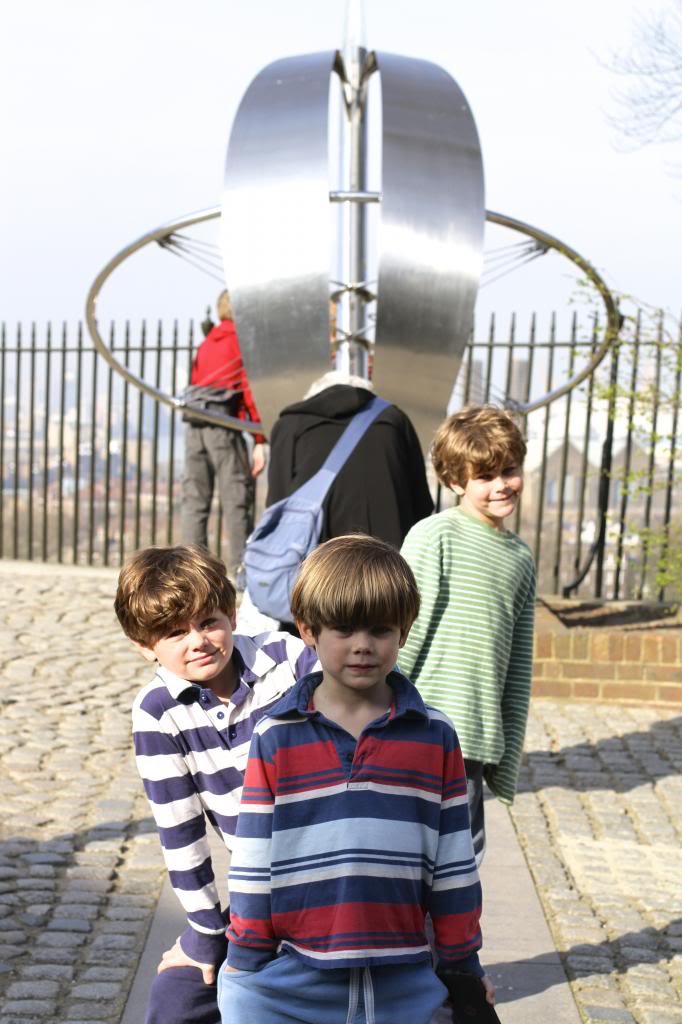 I’ve now stood on the prime meridian AND the equator. 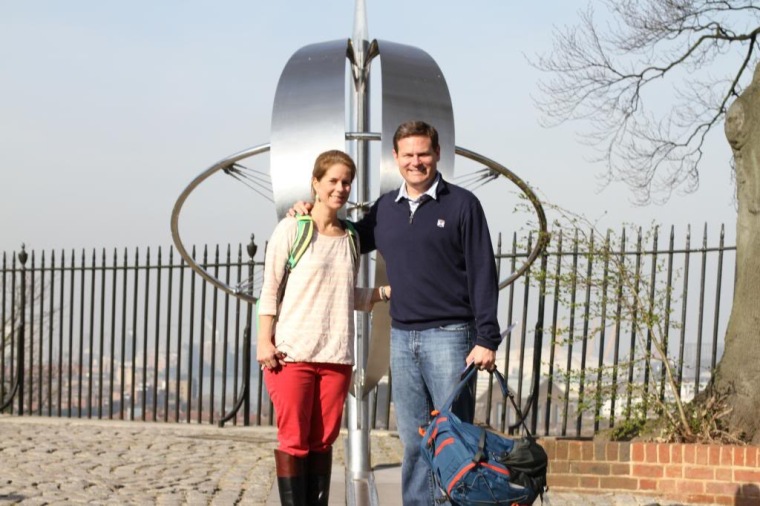 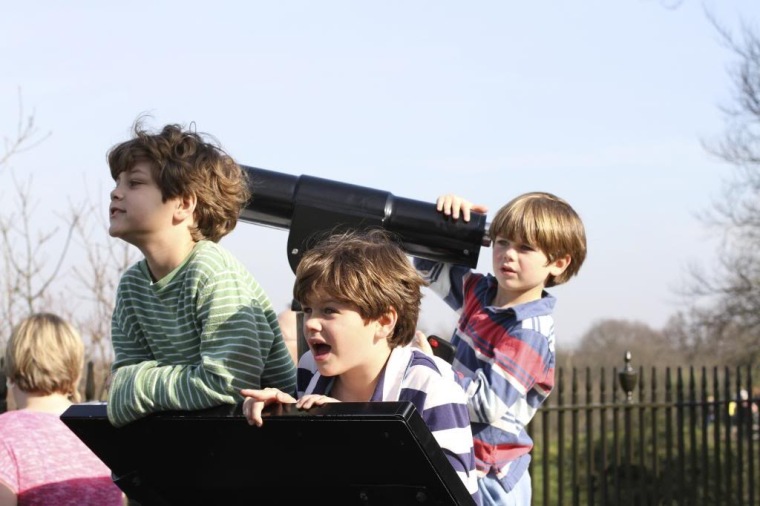 I told you the park was magnificent. 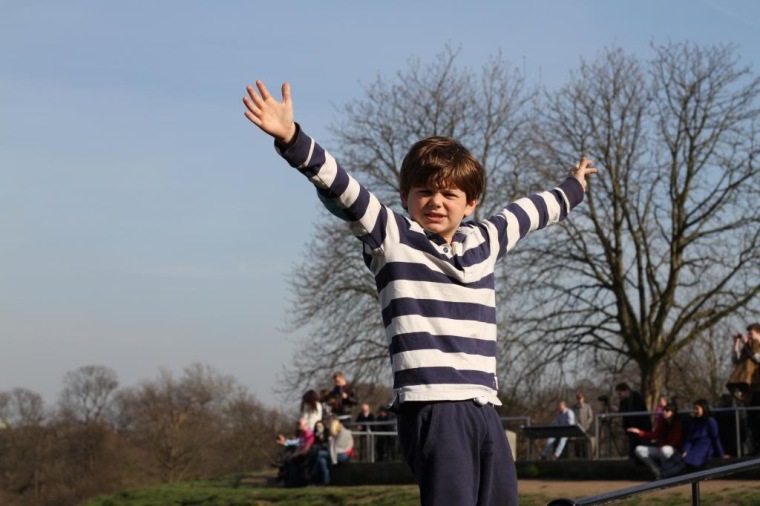 Tucker gets in a random headstand. 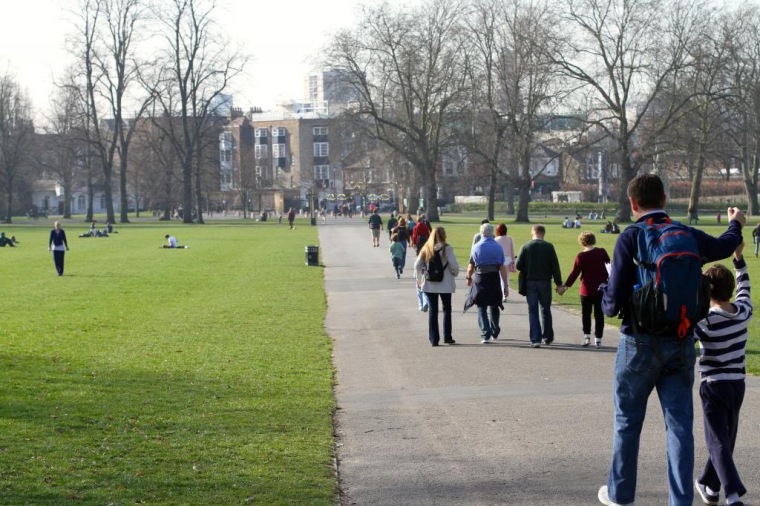 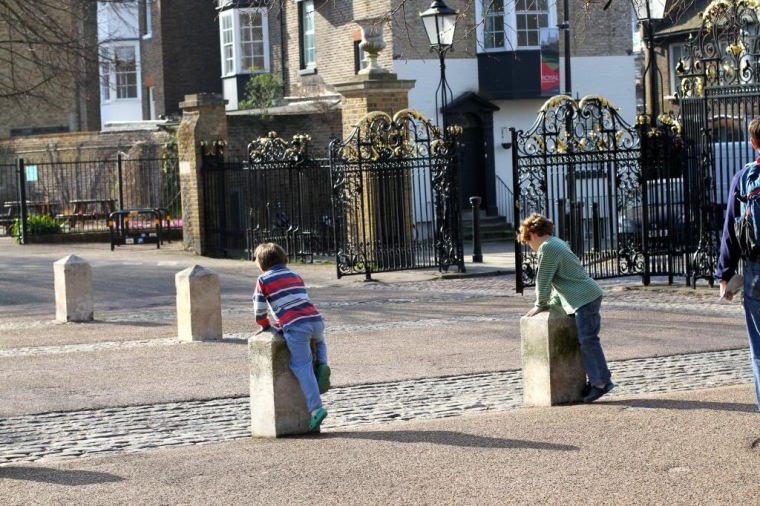 Our boat ride back to London again gave us some awesome views.

We went by this big church, but just missed being able to go in. (Sigh. We’ll move you to the top of the list next time, Westminster Abbey.)

For our last dinner in London we invited Uncle Beardy to join us. The boys were thrilled to see him again; we took him to…wait for it…Balthazar. Thursday night’s meal was just as great as Wednesday’s lunch. 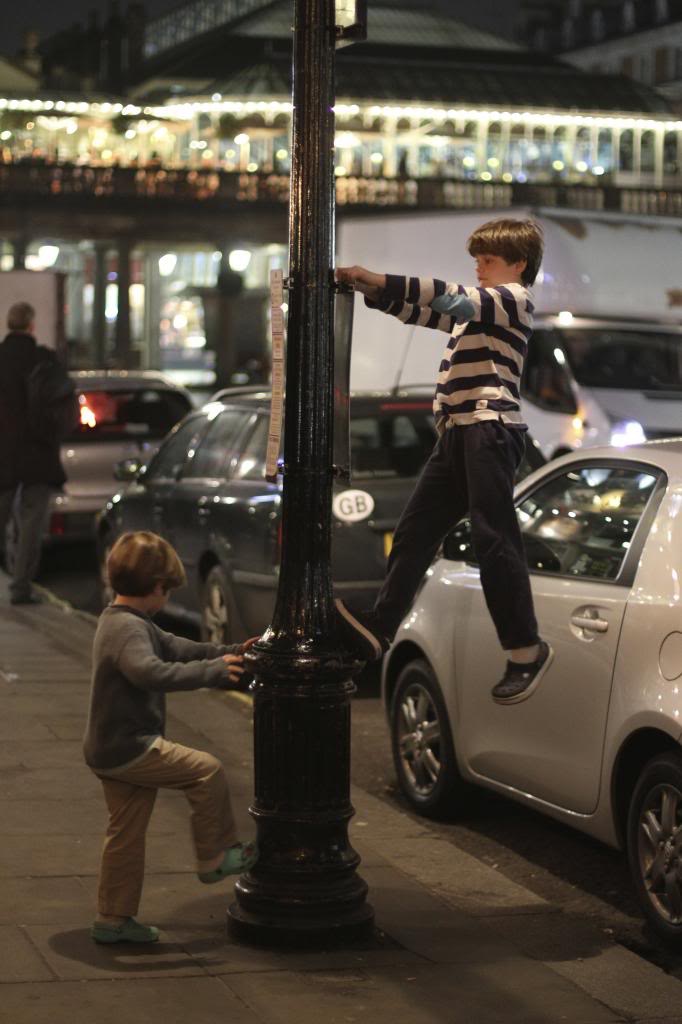 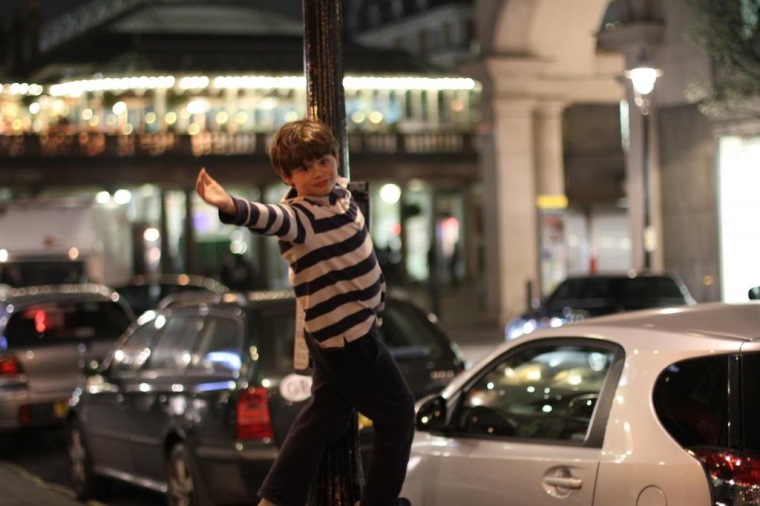 Tucker and Jack are completely addicted to Dr. Who, and they loved getting in these (completely useless) phone booths and pretending to be teleported somewhere. Here, Theo uses Tucker’s iTouch to record the moment. 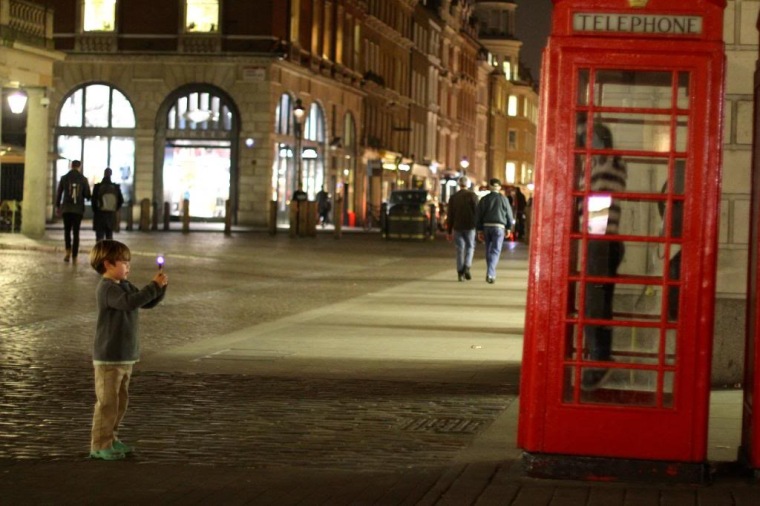 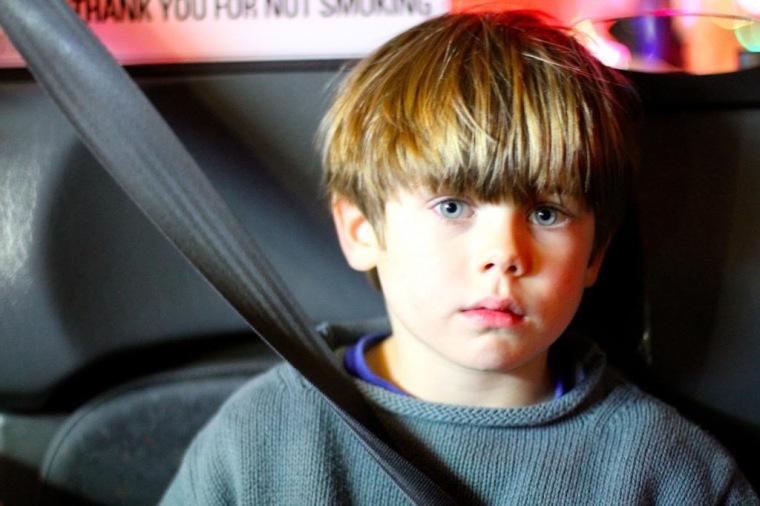 a very tired Theo in a black cab 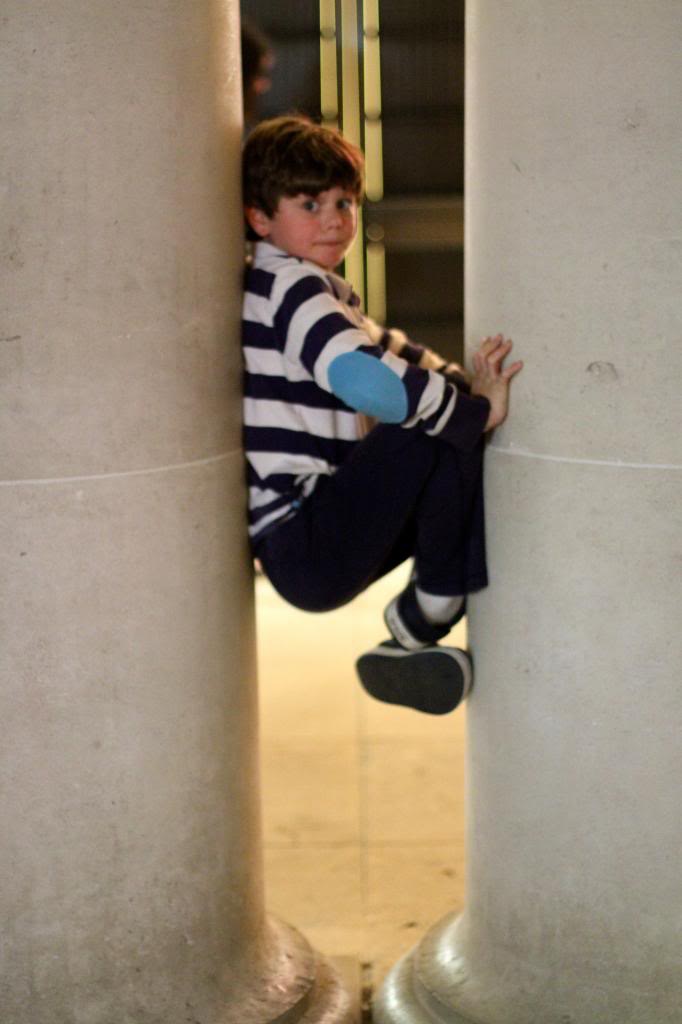 The next morning, we left the Park Lane Hotel and headed to the airport, courtesy of the most verbose cab driver on the planet. He told these long, rambling stories that included questions like, “have you ever heard of the band Fleetwood Mac?” and “guess how much [insert British celebrity here] makes?” We all had the giggles by the time he deposited us back at Heathrow.

The best way to spend 9 hours on a plane? Right here. 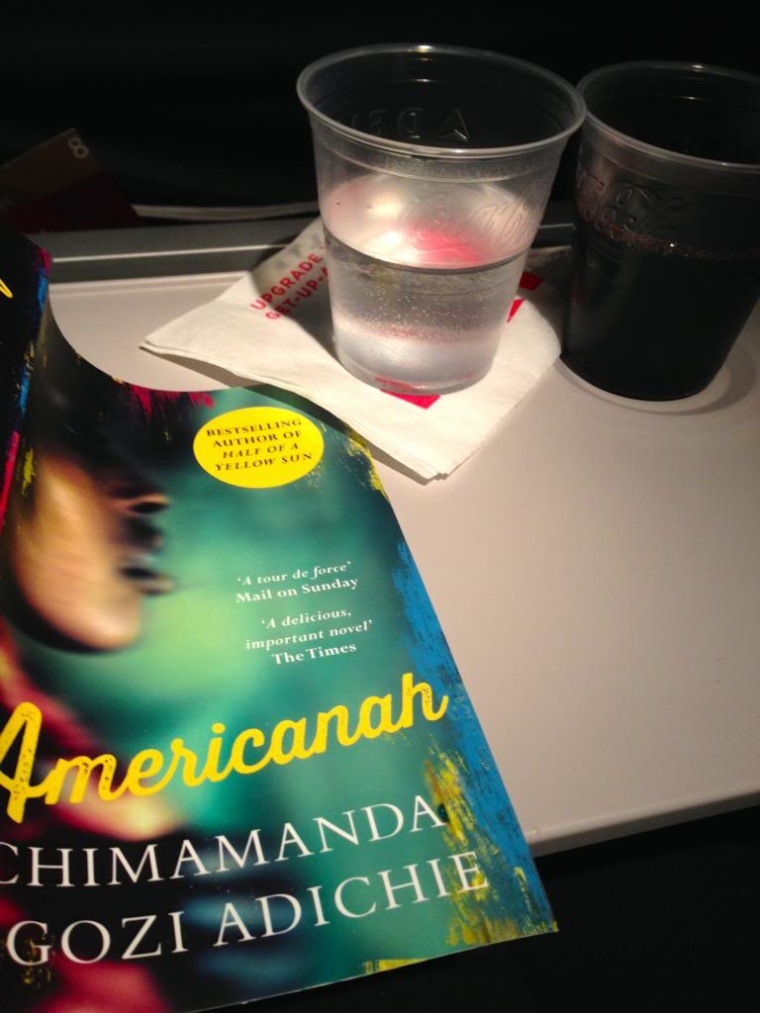 And I also figured out one small yet critical element to maintaining my sanity while flying: the window seat. Normally Jack claims it and then proceeds to close the shade before we even take off, a move that obviously exacerbates claustrophobia for those of us not excited about flying. I convinced him that he was wasting a perfectly good seat by doing that and so I needed to sit there instead. 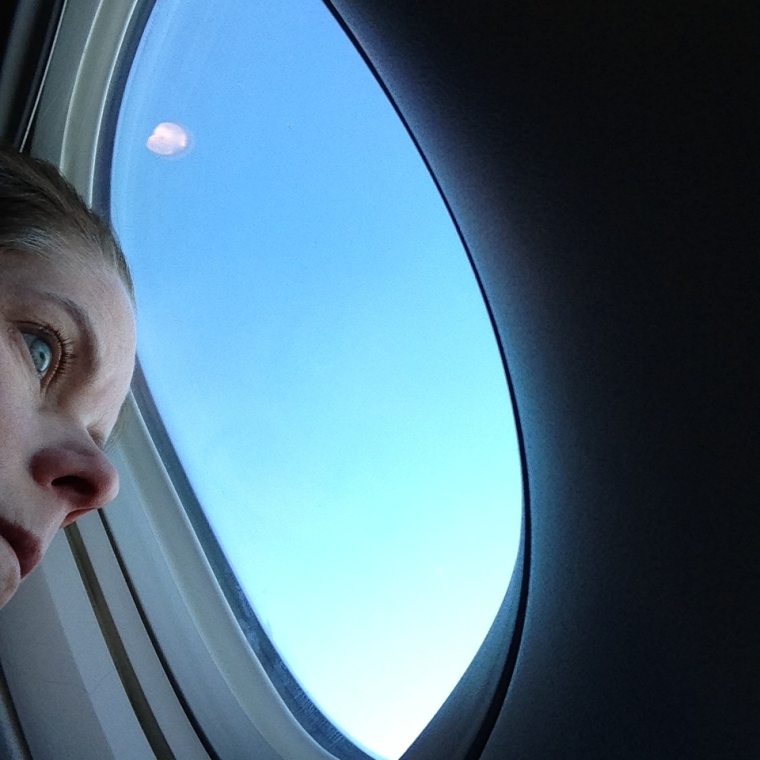 (Though I must admit I was tickled pink when we were finally back over land. Photo below is the eastern-most edge of Greenland.) 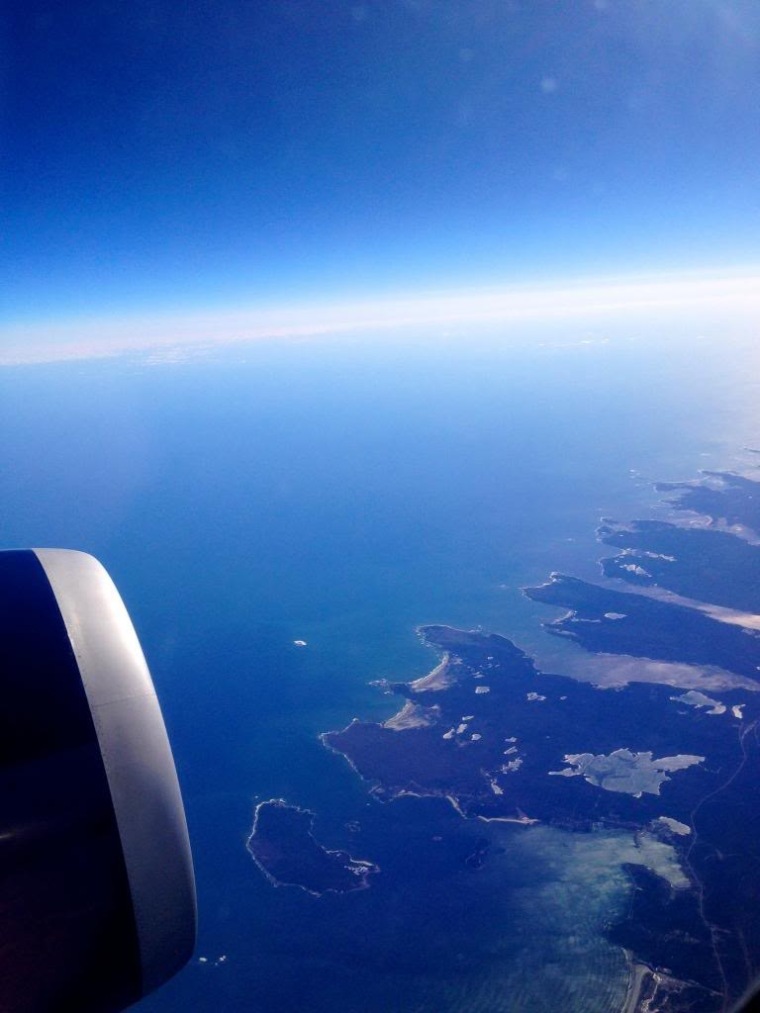 So there you have it, faithful readers:  London with Kids. Not only is it doable, it’s highly recommended. We had the absolute best time ever; the boys talk about London on a daily basis. When asked what city he’d like to visit next, Jack’s instant reply is, “London, again.”

London, again, indeed. (Thanks for enduring the photo frenzy…)