(Beware: this a photo heavy post; sometimes pictures are worth 1,000 words…)

Friday found us ending an era; after 7 fantastic years, our fabulous Montessori days are over.

It’s been a great ride. 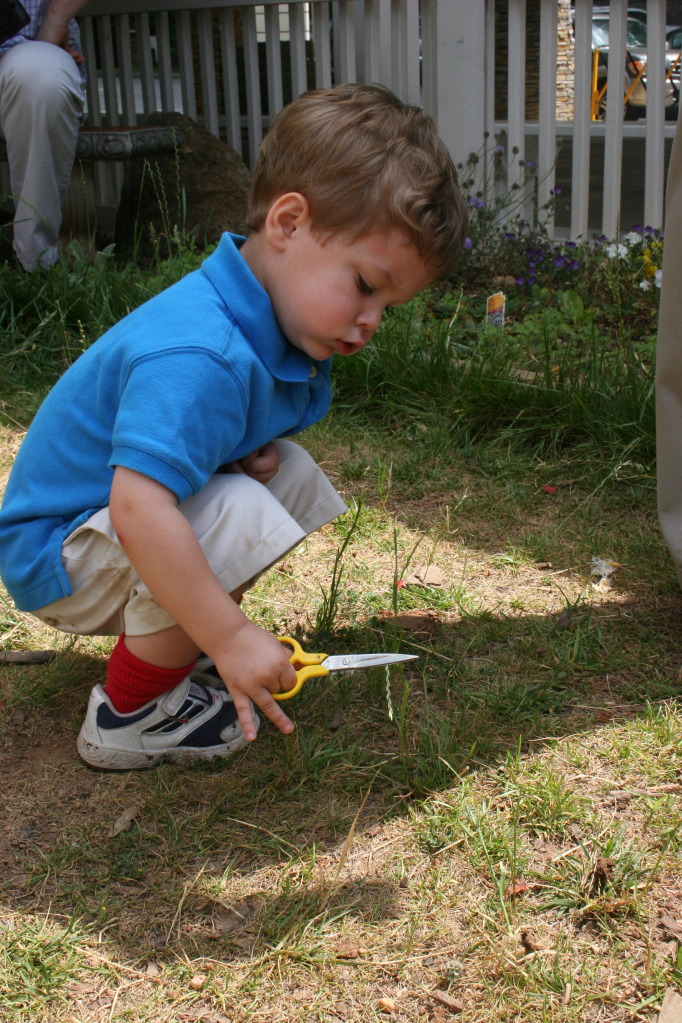 Jack does some garden work on his last day of school, June 2007 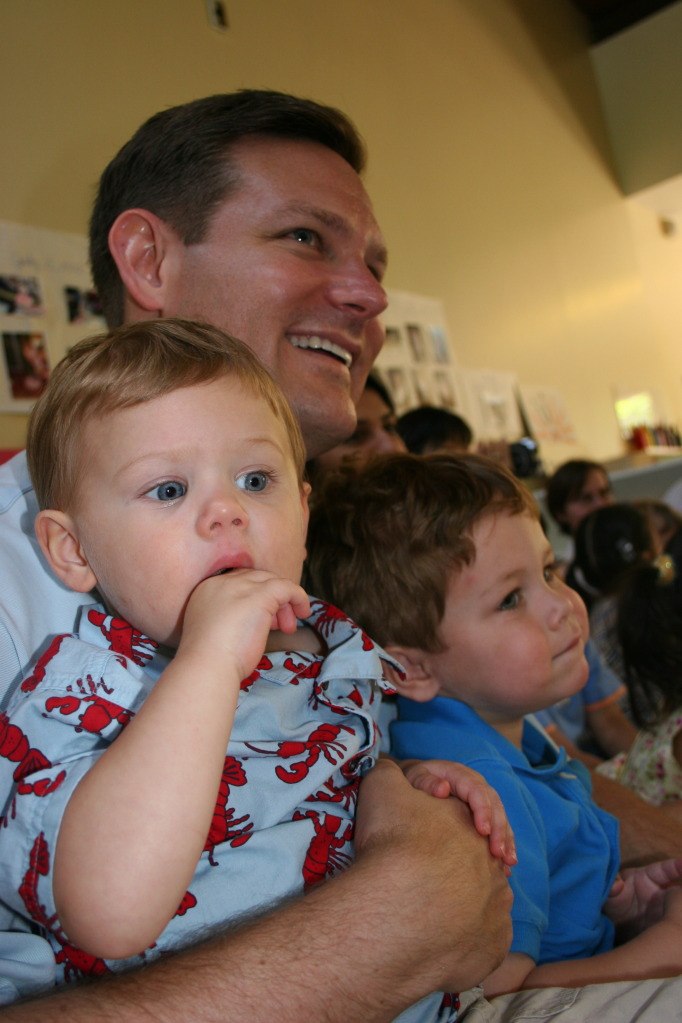 Jack and Tucker at Jack’s End-of-the-Year party, June 2007
Jack’s classroom wound up being the same classroom Theo would have.

Jack started Cross of Life Christian Montessori when he was only 15 months old. Within a week, he was asking to drink out of “weal cups, not sippy ones” and wanted to help set the table. Ms. Kim and Ms. Lise were the perfect first teachers for him. All of our boys started at Cross of Life, and to this day we have only the highest regards for that place. Ms. Pat and Ms. Stefanie (along with Ms. Kim and Ms. Lise) are exactly what a child’s first experience with school should be.

Jack moved over to First Montessori in the fall of 2007. 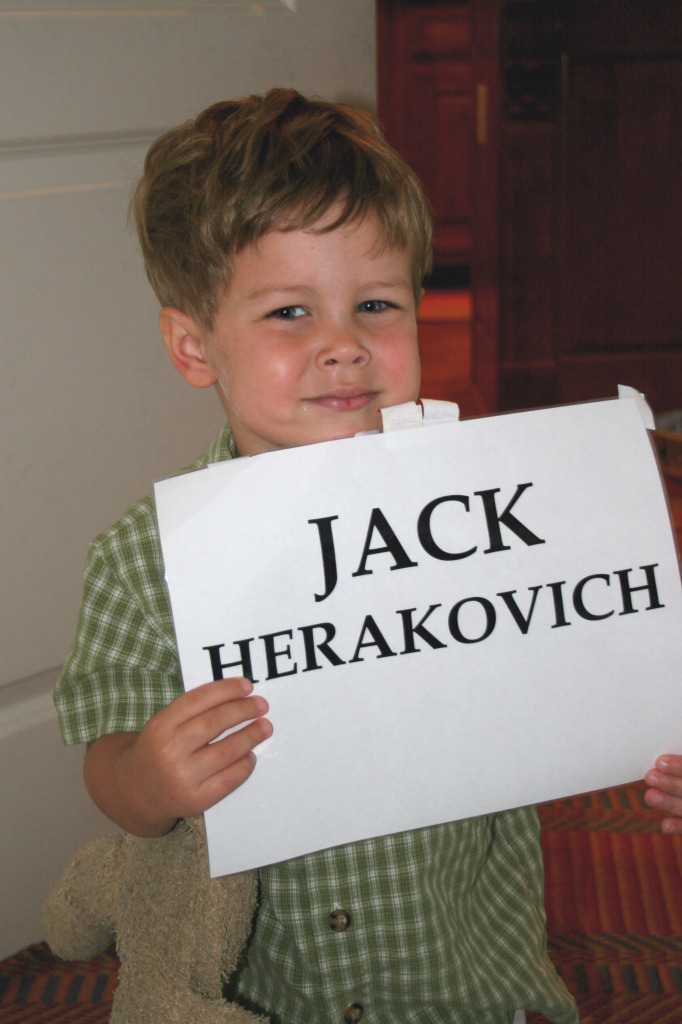 the rocking runners-up at the Montessori Mile, October 2007

Tucker moved to First Montessori in the fall of 2008, and Theo started in their toddler program in 2010. 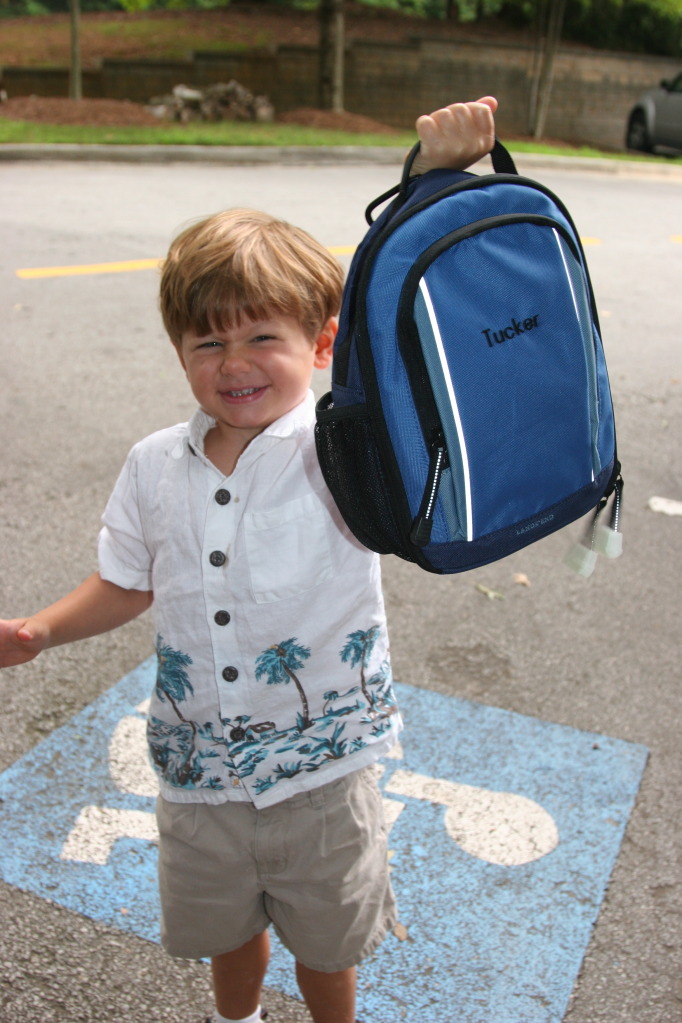 Tuck celebrates his first day as an official Afternooner by showing off his fancy lunchbox. August 2010.

The last days of school are always emotional for me.

Jack and Tuck with their gifts for their classrooms–May, 2009 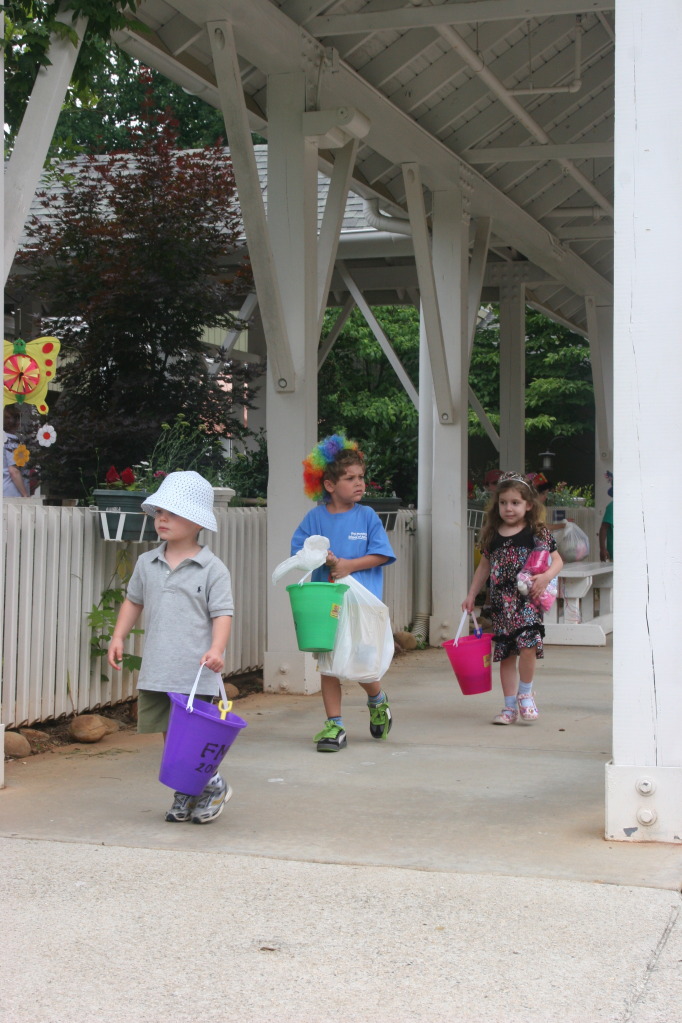 Jack walking out of Ms. Lara’s classroom and on to carpool for his last time (it was “Crazy Hat” day). I was weeping shamelessly at this point. June 2011 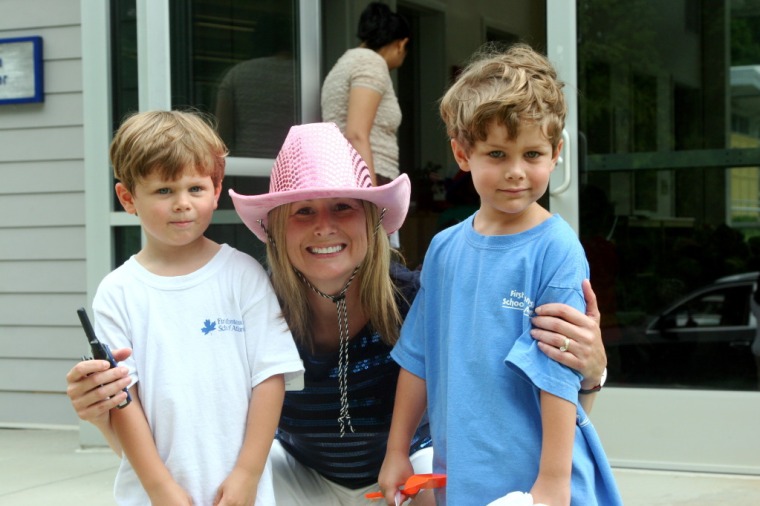 Theo getting pencils so he can do the metal inset work. May 2012.

Jack and Theo work on the trinomial cube at Theo’s End-of-the-Year party, May 2012.
Jack was right at home in his old classroom… 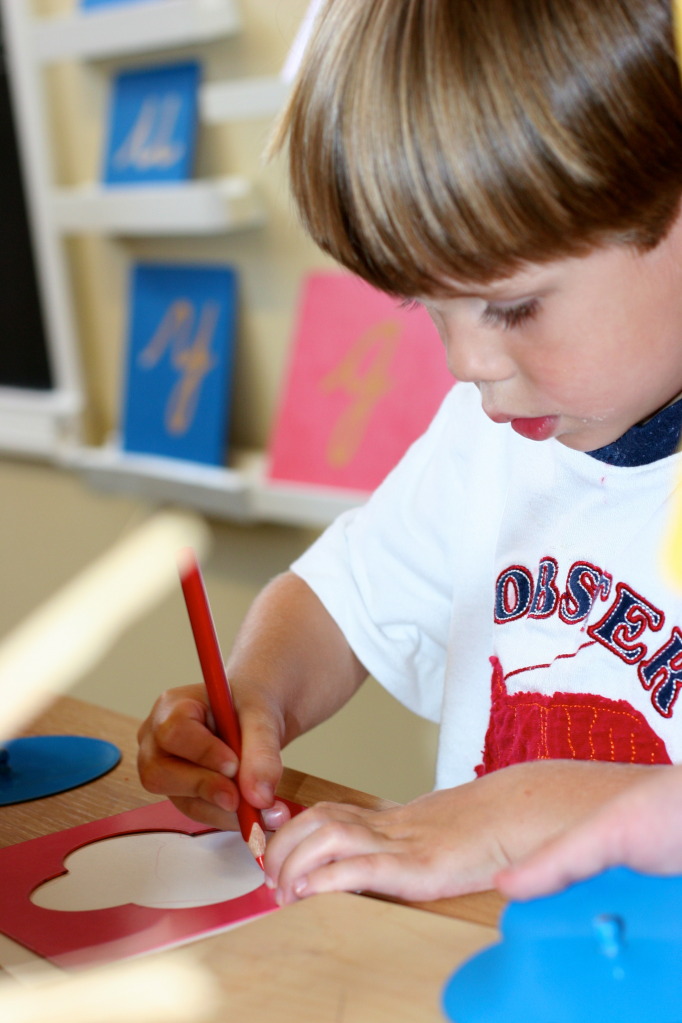 This place is magical. 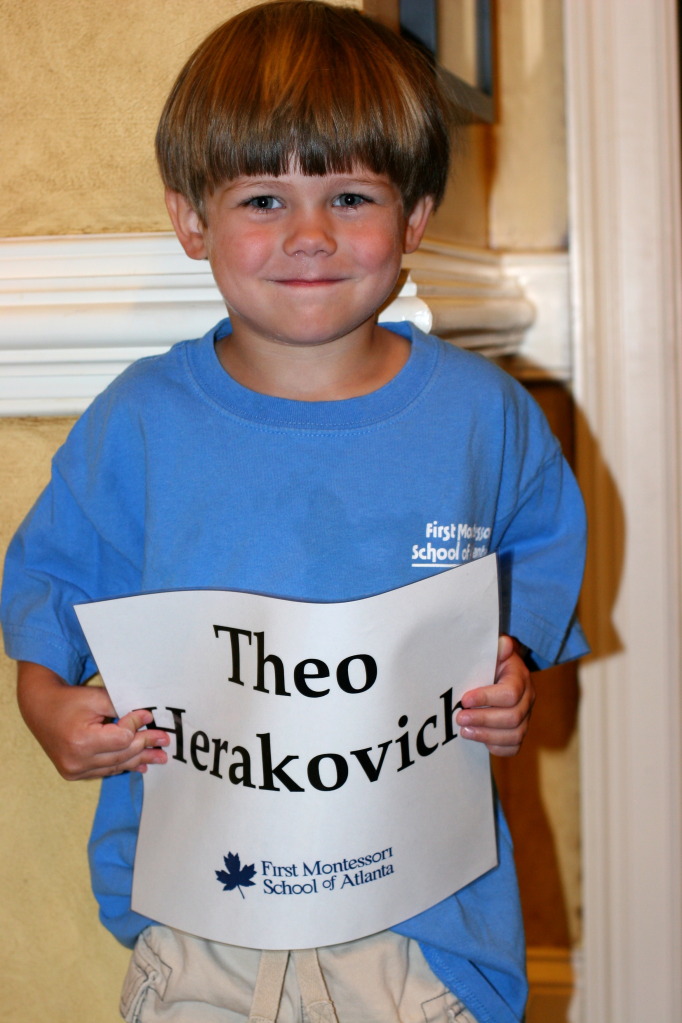 Theo heads to school for his last day, June 1, 2012.
He was clearly happier than he was on his first day, below 🙂 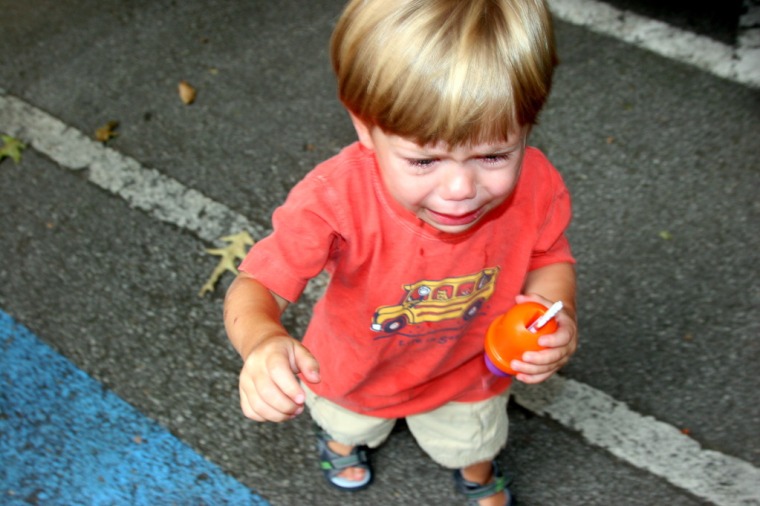 Don’t worry; Theo’s tears didn’t last long. He made fast friends with Ms. Mamatha and Ms. Sanuja, whom he nicknamed “Ju-Ju” and asked to come home with us for playdates.

Theo walks out of First Montessori for the last time as a student. June 2012.

We have had an amazing 7 years in Montessori education. To us, it’s the best method for teaching toddlers and young children; Maria Montessori’s methods just logically make sense. Our sons’ independence and senses of responsibility have grown tenfold since they first walked into a classroom organized with different types of work. While the notions of Practical Life and the pink tower at first sounded strange to us, we grew to love them. We beamed when our sons came home talking about the number rods; we were thrilled when each son brought home his first metal inset booklet. I have the stories Jack wrote, the sewing Tucker did and the paintings Theo made. We have lots of memories (and maybe even a few pieces of the Stamp Game) from our Montessori days and they all are warm, sweet and genuine.

We will miss this place. Thanks so much for 6 terrific years–and huge thanks to Cross of Life for the spectacular 3 years we spent there. You all will not be forgotten.