Easter was last weekend which means the ever-fabulous Herakovich Bunny-Mobile made another appearance!

It’s become our wonderful family tradition to spend Easter at the beach. We grab whichever set of grandparents is available and hit the road. AIP hosts a boatload of fun events, and I’ve found a beautiful, tiny little church where I’ve spent the past 3 Easter Sunday mornings.

But our favorite event is the Easter Parade. The participants go all out and it’s hilarious. Nothing screams sacred religious holiday like competitive golf cart decorating. 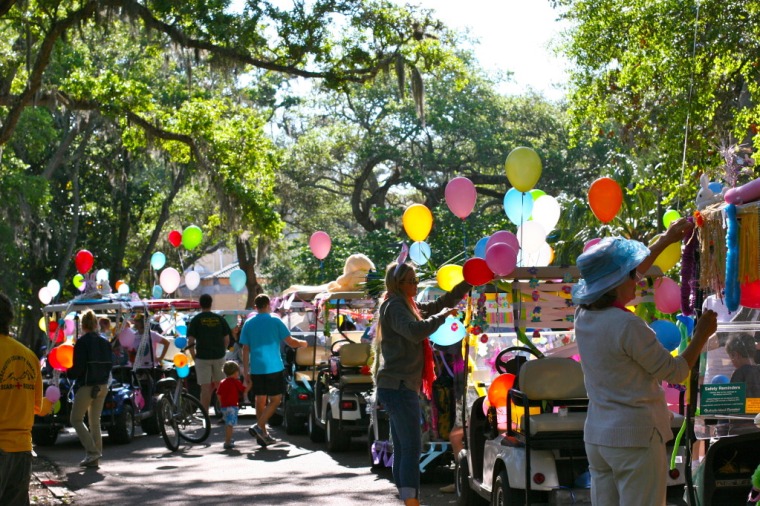 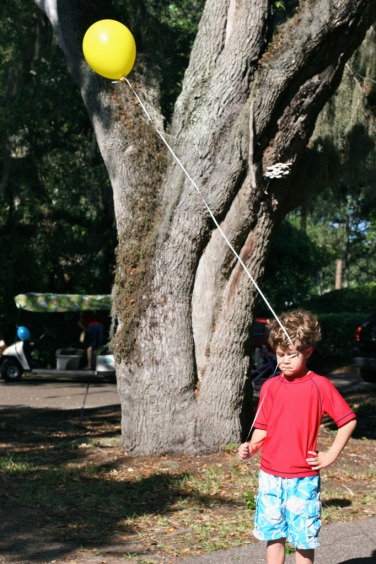 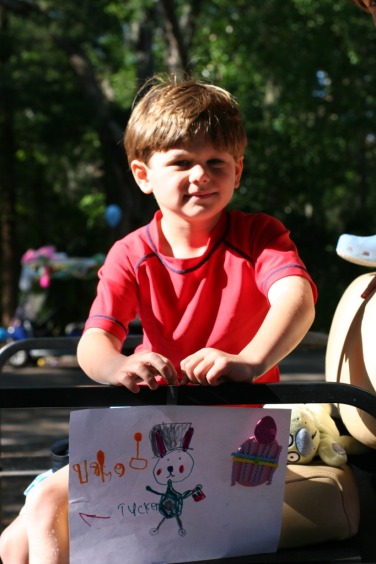 The sign was Tucker’s idea; he hoped it would alert parade attendees that he was a willing recipient of candy…because people who come to watch a parade usually throw things back at the floats, right? He gets an A for effort, for sure. 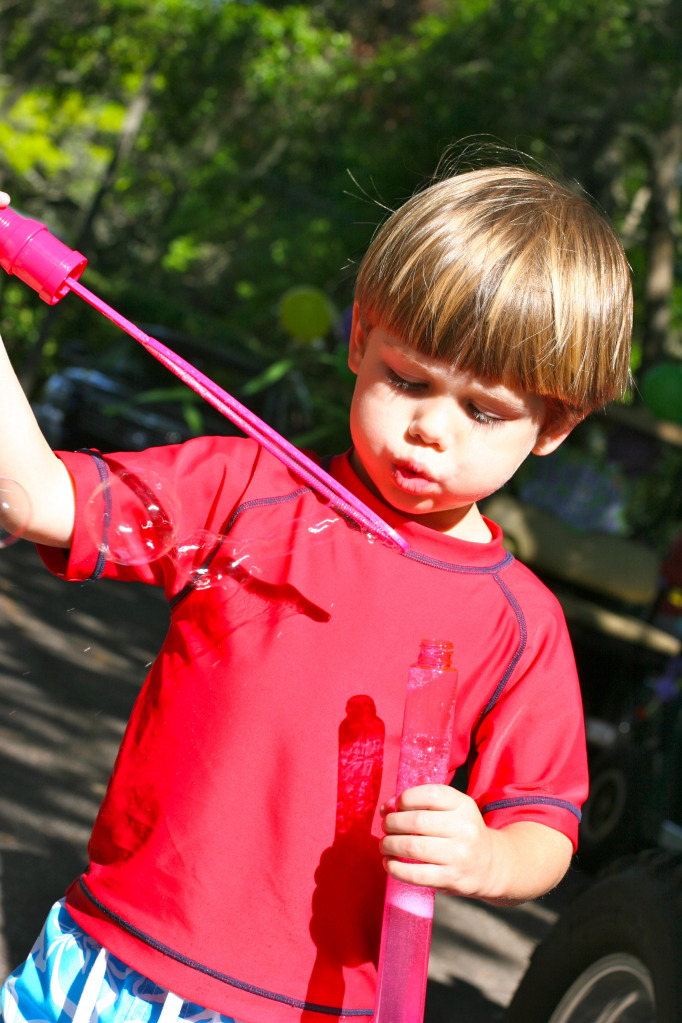 None of the boys would have their photo made with the Bunny, so I took one for the team…

Post parade, we got down to some serious egg coloring. I used to love this part of Easter when I was a kid. I’d drag the process out, dying one egg at a time, leaving it to soak in its bath of color like it was visiting a spa. With my sons, however, setting up the glasses and getting the colors ready takes longer than the actual egg-dying project. I kept trying to slow them down, but I lost that battle.

Nonetheless, they had a blast. My mom hard-boiled 10 eggs for each boy and as soon as I gave them the go-ahead, they tore out of the gates for the 2012 Easter Egg Speed Coloring session. 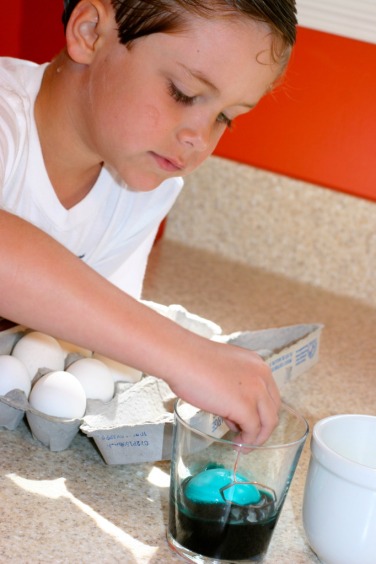 The final products were extra vibrant, thanks to the doubling of color pellets in each glass (not, of course, from the long, luxurious soak each egg received).

Tucker must’ve said 15 times how much he loved Albert. Albert actually rode on the golf cart to the beach with us and stayed put on the seat while we spent 2 hours on the beach. That solidified his worthiness. Tucker then was convinced that Albert loved him as much as he loved Albert.

We finally released Albert back to his own family, and I’m happy to report that young Albert had not panicked at all during his adventure–a fact we know because he did not lose part of his tail. Yes, we’ve freaked out lizards enough to make them lose their tails before. Albert was tough. 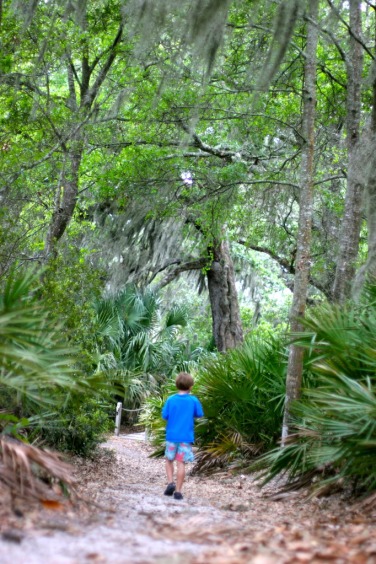 I have been doing a lot of writing lately, just not on this blog. For some meatier posts, feel free to click over to the Mamas Against Drama site and read my posts on raising boys to become gentlemen, on kindness (and sweet Theo learning how to ride a 2-wheeled bike!), and on The Lorax and the notion of biggering.

We’re off to the baseball field for two games this afternoon. Here’s to sunny Spring Saturdays!